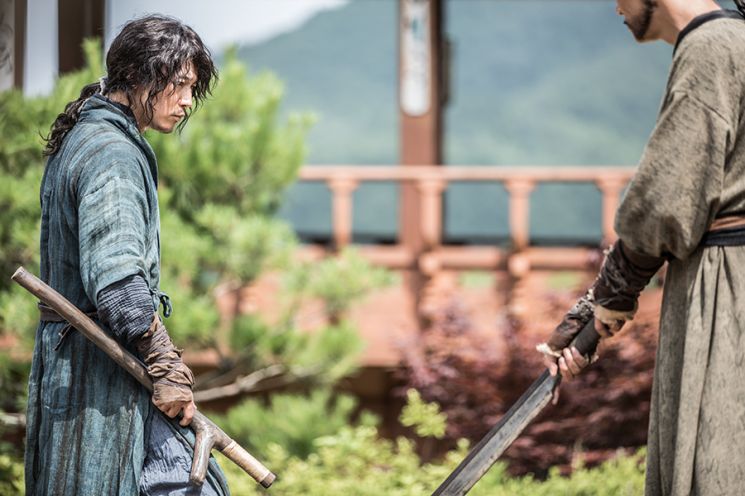 First still image and teaser posters for movie “The Swordsman” starring Jang Hyuk & Kim Hyun-Soo. The still image is of Jang Hyuk as swordsman Tae Yool. He vanishes during a turbulent time in Joseon, but he returns with his sword when his daughter is taken by Qing forces.

“The Swordsman” will be released September 17, 2020 in South Korea.

Plot Synopsis by AsianWiki: After the dethronement of Gwanghaegun, the country’s best swordsman Tae Yool (Jang Hyuk) vanishes. Joseon itself is in chaos due to the conflict between Qing and Ming Dynasty. Gurutai (Joe Taslim) is a member of the imperial family of Qing. He makes unreasonable demands upon Joseon. Under this situation, Tae Yool’s daughter Tae Ok (Kim Hyun-Soo) is taken by Gurutai’s subordinates. Tae Yool picks up his sword again to save his daughter.