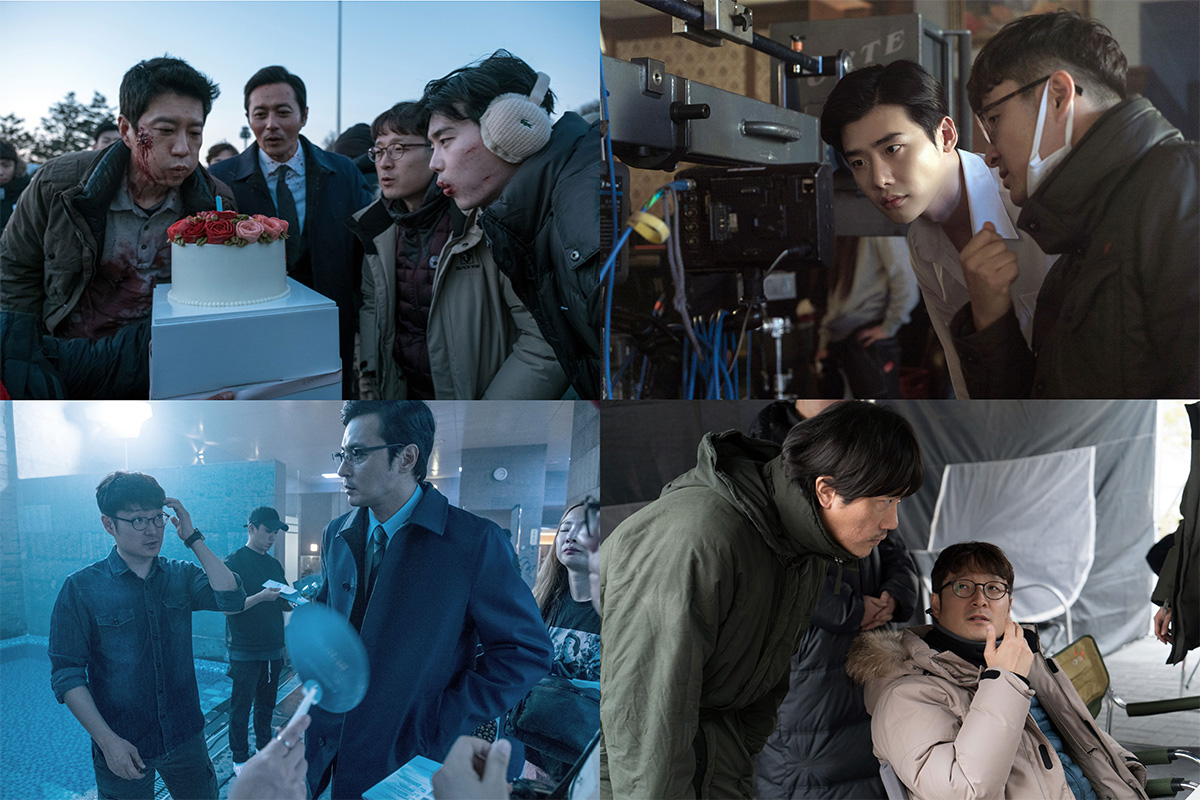 Meanwhile, photos above are the first for the movie released publicly. In the upcoming film, Jang Dong-Gun plays Park Jae-Hyuk. His character is connected with the C.I.A. in the U.S. and the N.I.S. in South Korea. Kim Myung-Min plays South Korean detective Chae Yi-Do. Park Hee-Soon plays Lee Dae-Bum. He is a coldblooded agent for The Ministry of People’s Security in North Korea and he travels to South Korea. Lastly, Lee Jong-Suk plays serial murder suspect Gwang-Il. He defected from North Korea to South Korea and is an important figure. He is referred to as “V.I.P.” Movie is directed by Park Hoon-Jung (“New World“).