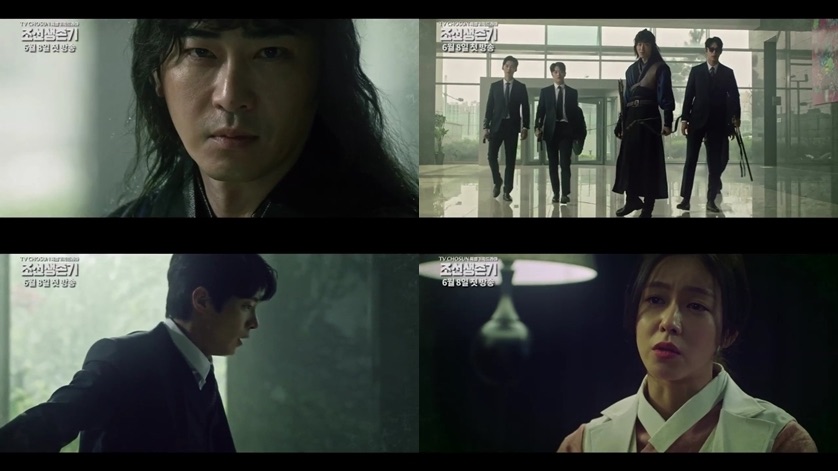 First teaser trailer for TV Chosun drama series “Joseon Survival” starring Kang Ji-Hwan, Kyung Soo-Jin and Song Won-Seok. The drama series revolves around a man in the present day who travels back in time to 1562. At the 5 second mark of the teaser trailer, captions in Korean states “If the world refuses me,” at the 11 second mark states “I will change the era” and at the 27 second mark “Who is the one who change era!”