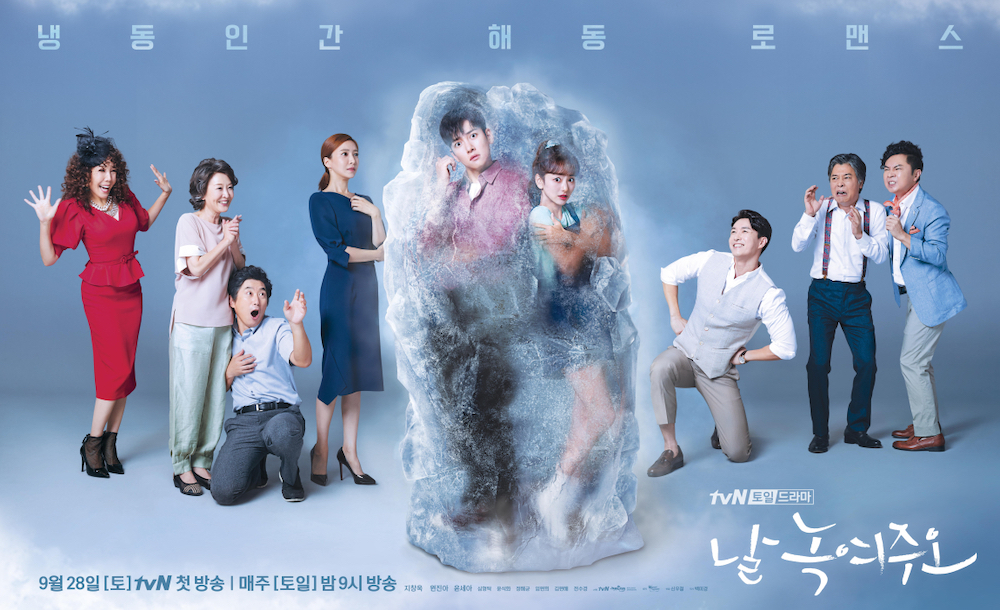 Teaser trailer #3 added for tvN drama series “Melting Me Softly” starring Ji Chang-Wook and Won Jin-A. Teaser trailer #3 has Ji Chang-Wook as Ma Dong-Chan and Won Jin-A as Ko Mi-Ran riding in an elevator. Ji Chang-Wook then states “Me, who was once frozen, should not exceed 33 celcius in body temperature.” Won Jin-A’s voice appears around the 25 second mark and she states “The hottest moment of you and me… Melting Me Softly.” Above is a group poster for the upcoming drama series.