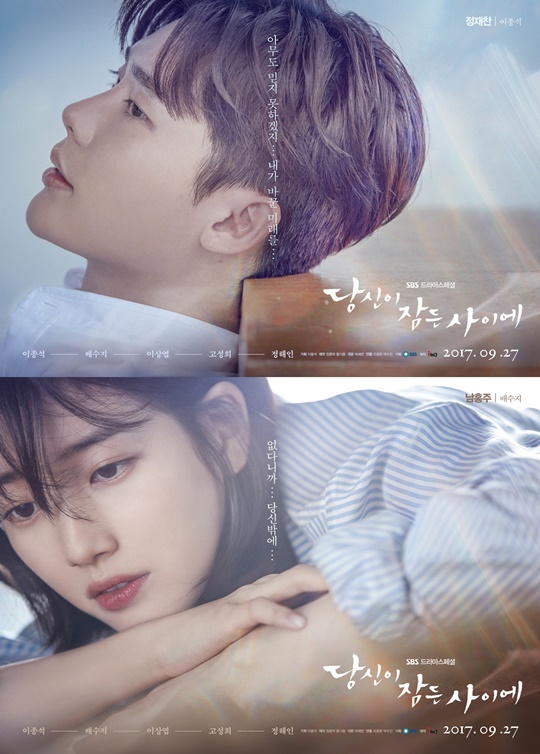 Teaser trailer #3 added for upcoming SBS drama series “While You Were Sleeping” starring Lee Jong-Suk and Bae Suzy. Meanwhile, here’s 5 character posters for the upcoming drama series. The character posters are of Lee Jong-Suk, Bae Suzy, Lee Sang-Yeob, Ko Sung-Hee and Jung Hae-In. Caption on Lee Jong-Suk’s poster states “nobody will believe … the future that I changed,” while the caption on Bae Suzy’s poster states “no one … except you…”

For the supporting actors, Lee Sang-Yeob plays Lee Yoo-Beom. He used to work as a prosecutor, but he now works as a successful lawyer. Ko Sung-Hee plays Shin Hee-Min. She works as a prosecutor. Lastly, Jung Hae-In plays Han Woo-Tak. Details about his character has not yet been revealed.