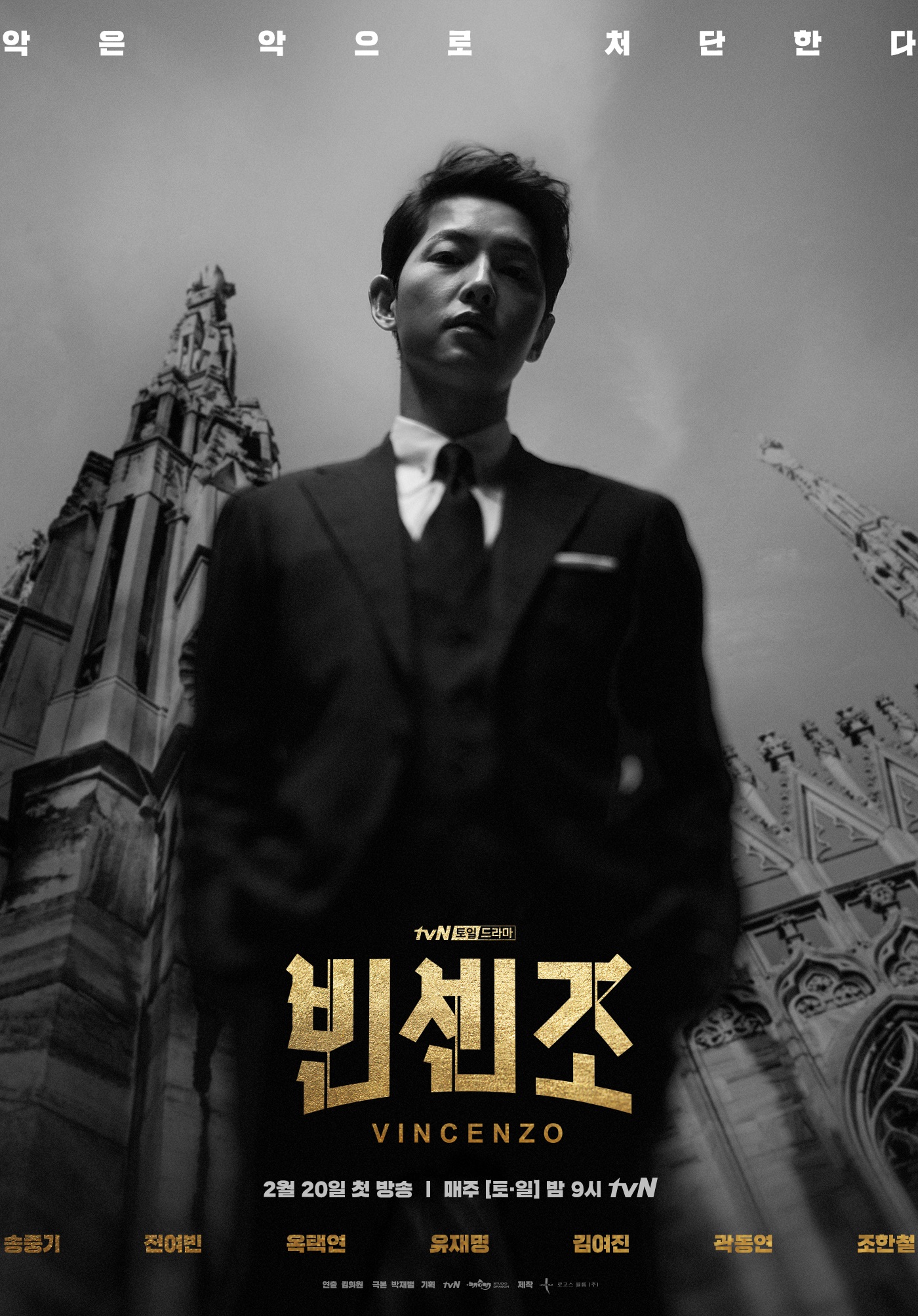 Teaser trailer #2 added for tvN drama series “Vincenzo” starring Song Joong-Ki, Jeon Yeo-Bin, & TaecYeon. Narration/Dialogue in teaser trailer #2 goes (0:02) Song Joong-Ki “Evil is punished with evil,” (0:09) Yoo Jae-Myung “I hope that a real monster appears and wipes out all of these bad people,” (0:14) Kim Yeo-Jin “Don’t go overboard,” (0:16) Jeon Yeo-Bin “Let’s make a rule. Let’s not kill people,” (0:21) TaecYeon “That’s because I feel weird,” (0:22) Song Joong-Ki “I came to warn, not to negotiate. I will never forgive things like this crap.” Below are still images of the three lead performers.

One Response to “Teaser trailer 2 for tvN drama Vincenzo””