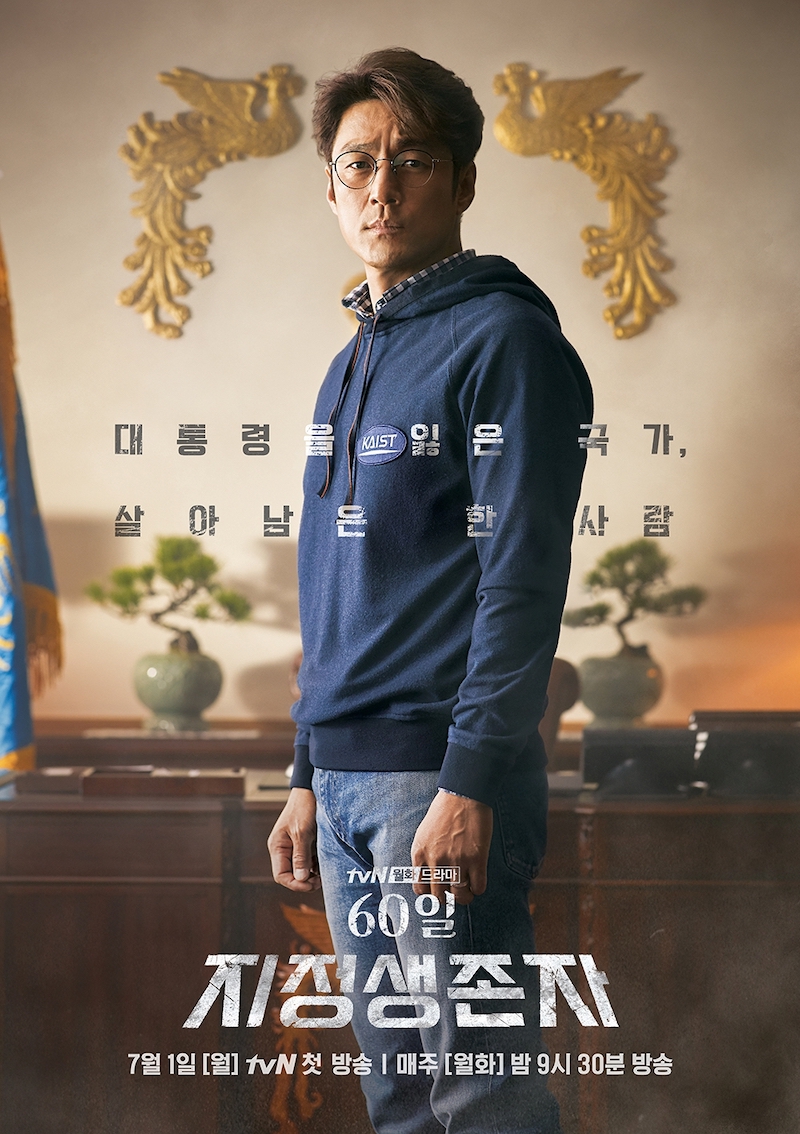 Here’s the first teaser poster and still images for upcoming tvN drama series “Designated Survivor: 60 Days” starring Ji Jin-Hee. The drama series is a remake of U.S. television series “Designated Survivor,” which first aired on ABC in 2016. Caption on the teaser posters states in Korean “Country which lost its president, one person survived.” The background of the teaser poster is set at the president’s office in the Blue House, while Ji Jin-Hee as Park Moo-Jin wears casual jeans and a hoodie. He looks uncomfortable there. Still images below are the first of Ji Jin-Hee as Park Moo-Jin .