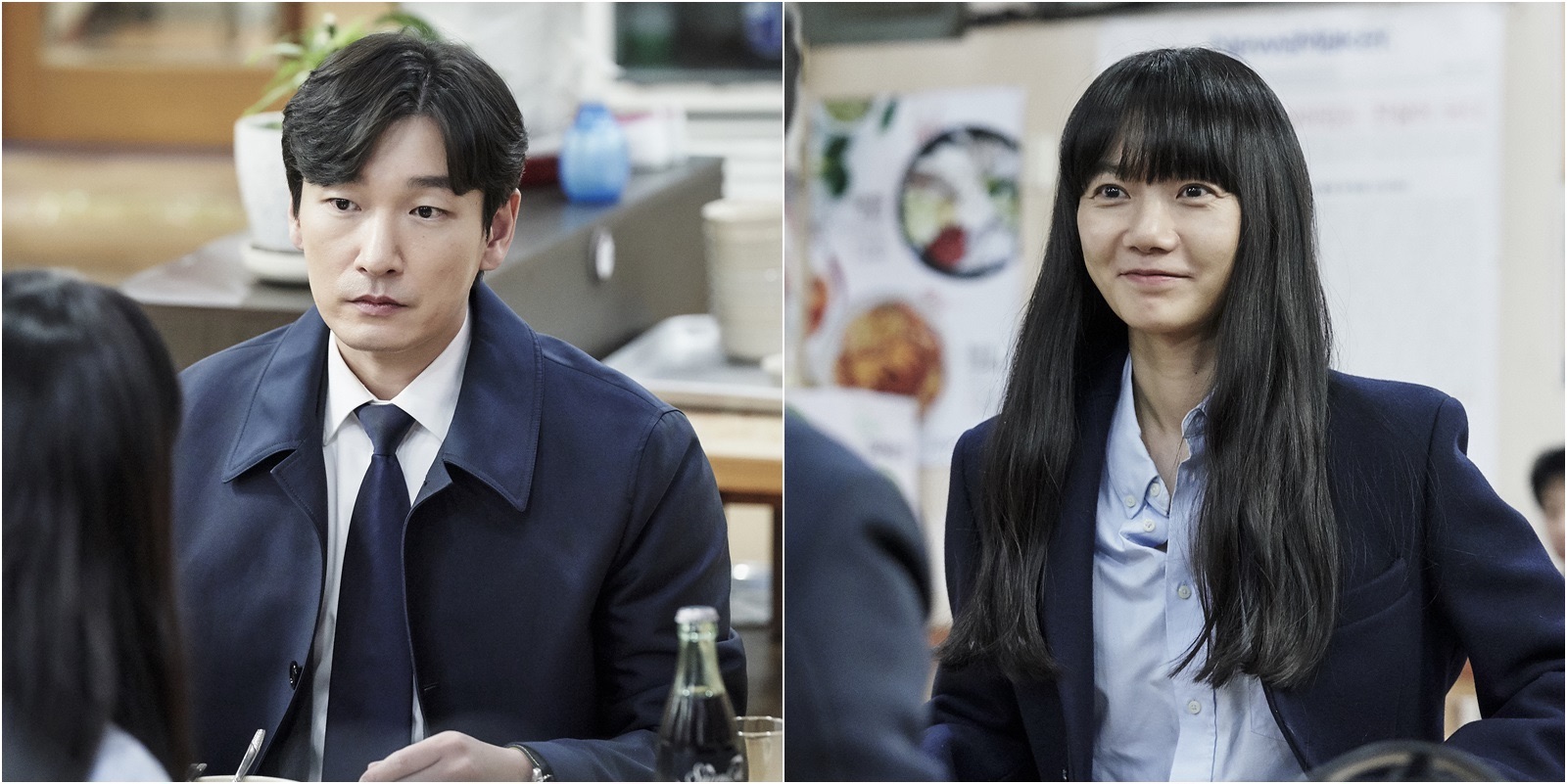 Here’s new still images of Cho Seung-Woo and Bae Doo-Na in tvN drama series “Stranger 2.” The stills are from a scene in which Hwang Shi-Mok (Cho Seung-Woo) and Han Yeo-Jin (Bae Doo-Na) meet for the first time since 2 years ago. Hwang Shi-Mok completed a 2 yeas term at Tongyeong Prosecutor’s Office. He does not know why, but he receives a summon from Supreme Prosecutors’ Office. He arrives in Seoul and contacts Han Yeo-Jin. They meet at a restaurant for the first time in 2 years. Meanwhile, ep.1 trailer for “Stranger 2” has been added on AsianWiki.

Under this tense situation, Prosecutor Hwang Shi-Mok (Cho Seung-Woo) and Detective Han Yeo-Jin (Bae Doo-Na) chase after the truth in a hidden case.