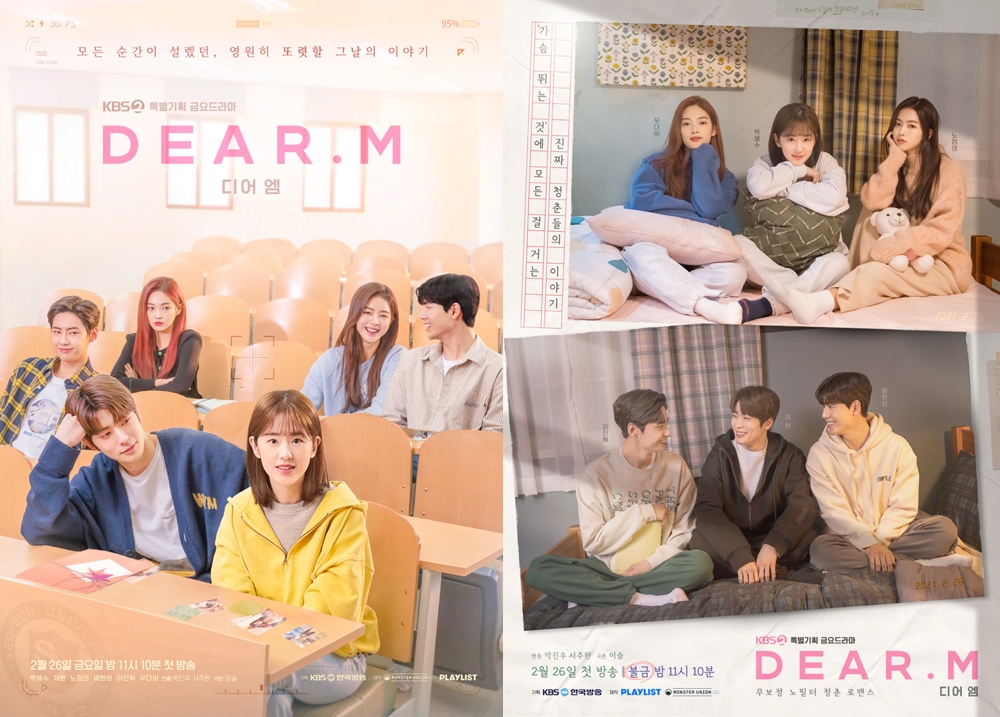 Airing of KBS2 drama series “Dear M,” starring Park Hye-Soo, Roh Jeong-Eui, & Woo Da-Vi, has been postponed due to numerous bullying complaints against actress Park Hye-Soo from when she attended middle school, high school, and college. Park Hye-Soo’s management company Studio Santa Claus has denied the accusations and stated taht they intend sue, but the accusers have insisted they were victims of Park Hye-Soo’s violent bullying. Prior to the bullying scandal, “Dear M” was scheduled to first air February 26, 2021 in South Korea.

The new air date of “Dear M” will be announced at a later date. Filming for the drama series began October, 2020 and about 80% of the filming has been completed.

Plot Synopsis by AsianWiki: A search takes place for “M” who wrote something on the community board of Seoyeon University’s website.The writing turned the university upside down.

Ma Joo-A (Park Hye-Soo) is a 2nd year student in the Business Administration Department at Seoyeon University. She has a warm heart and bright personality. She is not interested in pursuing a dream or having a romantic relationship. She has never had a boyfriend before.

Cha Min-Ho (Jaehyun) is a 2nd year student in the Computer Science Department at Seoyeon University. He has a talent for developing apps with innovative ideas. He has been friends with Ma Joo-A for 12 years.

Seo Ji-Min (Roh Jeong-Eui) is a student in the Economics Department at Seoyeon University. She is also a member of the schools cheering squad.

Park Ha-Neul (Bae Hyun-Sung) is a student in the Business Administration Department at Seoyeon University and he is an honorary ambassador for the university.