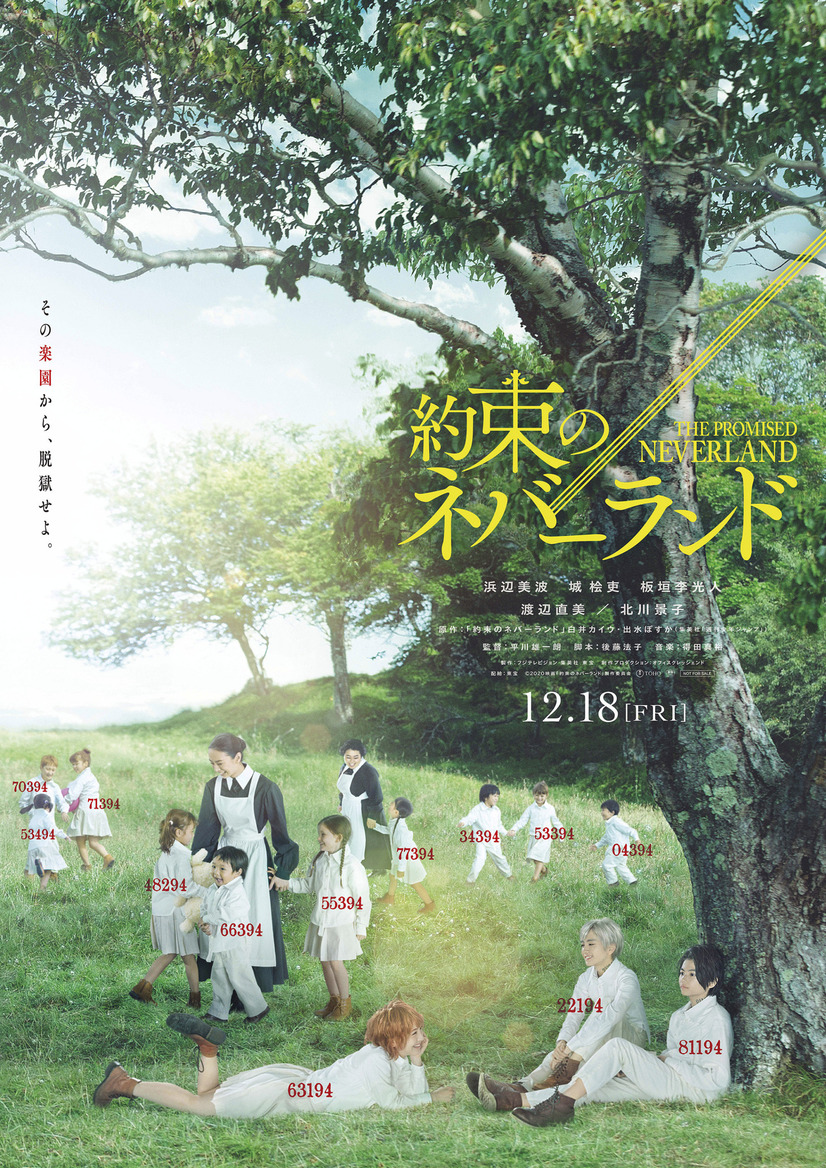 Teaser trailer and poster added for live-action film “The Promised Neverland” starring Minami Hamabe, Rihito Itagaki, and Kairi Jyo. The film is based on manga series “Yakusoku no Neverland” by Kaiu Shirai and directed by Yuichiro Hirakawa (“Erased“). The film is set at a picturesque orphanage, but there’s a dark secret held in there.

“The Promised Neverland” will be released December 18, 2020 in Japan.

Plot Synopsis by AsianWiki: Emma (Minami Hamabe) lives at an orphanage with other orphans, including Norman (Rihito Itagaki) and Ray (Kairi Jyo). She enjoys her time there with Isabella (Keiko Kitagawa), who takes care of the orphans like a mother, but Emma and Norman happen to learn the dark secret of the orphanage. The secret is that the orphans are raised to be butchered and sacrificed to a demon. Emma and Norman decide to escape from the orphanage and seek a way out. Ray joins them.

One Response to “Teaser trailer & poster for movie “The Promised Neverland””