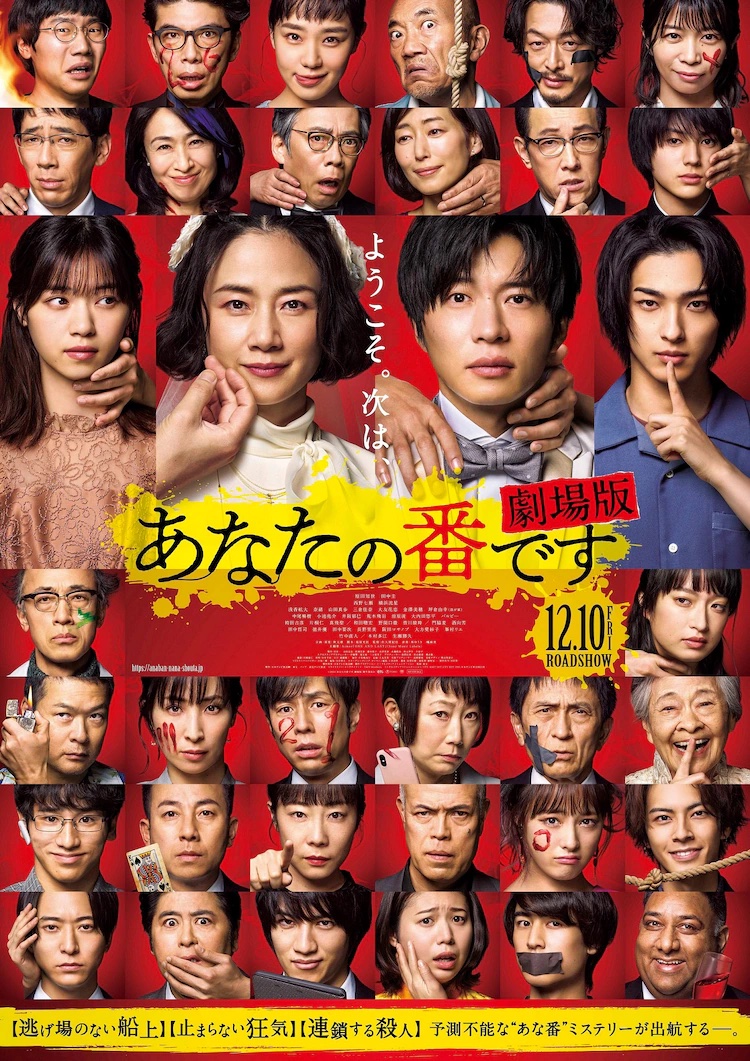 Main trailer and poster added for movie “Your Turn to Kill” starring Tomoyo Harada & Kei Tanaka. Movie is based off of 2019 NTV drama series “Your Turn to Kill,” with Tomoyo Harada & Kei Tanaka in the lead roles. The theme song for the movie has also been announced, which is “One and Last” by Aimer. Caption on the poster states “Welcome. Next is ..”

Plot Synopsis by AsianWiki: Newlyweds Nana (Tomoyo Harada) and Shota (Kei Tanaka) move into an apartment. Two situations, different from the drama series, take place: “What if Shota attends the resident’s meeting and not Nana?” and “What if exchange murder game doesn’t begin?”