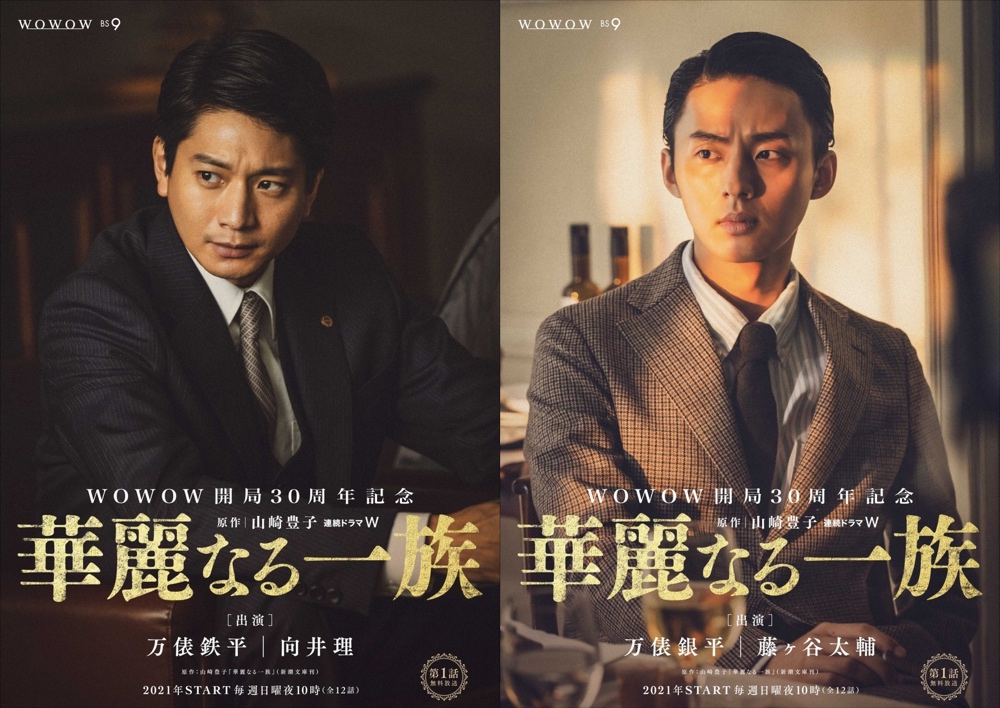 Osamu Mukai and Taisuke Fujigaya (‘Kis-My-Ft.2’) are cast in WOWOW drama series “The Grand Family” (literal title) starring Kiichi Nakai. The drama series is based on novel “Karei Naru Ichizoku” by Toyoko Yamasaki (“Shizumanu Taiyo“).  Osamu Mukai will play older brother Teppei and Taisuke Fujigaya will play younger brother Ginpei. Their father is Daisuke Manpyo (Kiichi Nakai), who is a wealthy man and owns several businesses including a steel company and a bank.

Plot Synopsis by AsianWiki: Daisuke Manpyo (Kiichi Nakai) is an owner and also president of Hanshin Bank, which ranks 10th in the nation in terms of bank deposits. Besides Hanshin Bank, Daisuke Manpyo owns several others companies and real estate. He hears from his first son-in-law about a move to reorganize the commercial banks. His son-in-law works as b bureaucrat for the Ministry of the Treasury. Daisuke Manpyo attempts to block his bank from being merged with another bank. He faces difficult times.