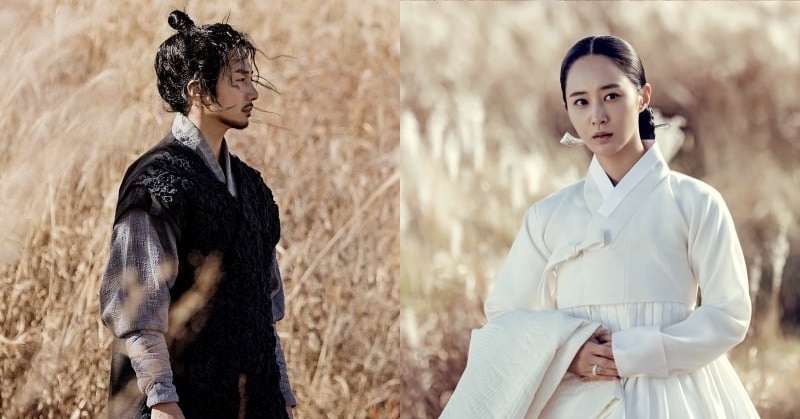 Here’s the first still images from MBN drama series “Bossam: Steal the Fate” (literal title) starring Jung Il-Woo & Kwon Yuri. “Bossam” in the title refers to a customary remarriage procedure that took place during the Joseon period. Widows could not remarry, so single men or widowers sometimes hired someone to kidnap the widow for marriage. This was known as bossam. Jung Il-Woo will play Ba-Woo. He mistakenly kidnaps a princess played by Kwon Yuri.

“Bossam: Steal the Fate” will air on MBN sometime during the first half of this year in South Korea.

Plot Synopsis by AsianWiki: Ba-Woo (Jung Il-Woo) is a degenerate man. He gambles, steals, fights and will do bossam (customary remarriage procedure where a widow is kidnapped) for money. He hides his real identity. While performing a bossam, he mistakenly kidnaps Princess Hwain (Kwon Yuri). She is the daughter of Prince Gwanghae and the daughter-in-law of his enemy Lee Yi-Cheom. For a secret political agreement, she married the older brother of a man she loved, but, on the day of her wedding, her husband died. She then became a widow.