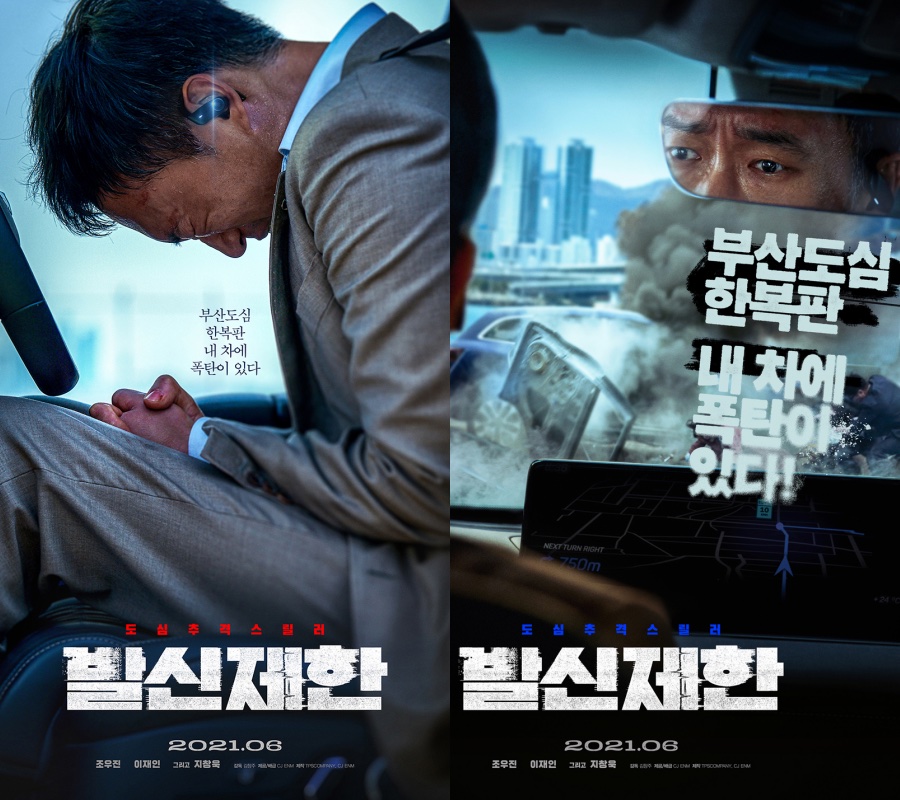 Here’s the first two teaser posters for upcoming thriller film “Hard Hit” starring Jo Woo-Jin, Lee Jae-In, & Jin Kyung. Caption on the teaser poster states “There is a bomb in my car, (I’m) in the middle of downtown Busan.”

Plot Synopsis by AsianWiki: Sung-Kyu (Jo Woo-Jin) works as a manager at a bank branch. One morning, he sets off to drive his kids to school and then go to work, but he receives a phone call without a caller ID. The caller tells him “when you get out the car, a bomb will explode.”