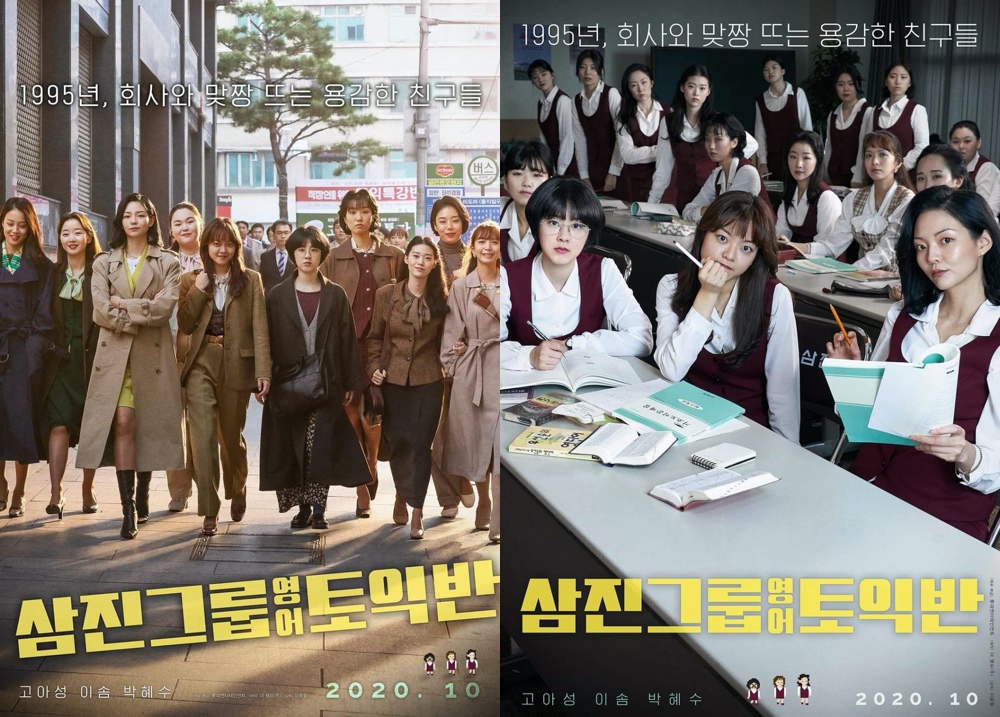 Plot Synopsis by AsianWiki: In 1995, Lee Ja-Young (Ko Ah-Sung), Jung Yoo-Na (Esom) and Sim Bo-Ram (Park Hye-Soo) are friends and co-workers at Samjin Company. They have been working there for 8 years. They are good at their work, but, because of their high school only educational backgrounds, they are still at the bottom of the company.

One day, the company announces that any employee that attains a score of 600 or higher on the TOEIC (Test of English for International Communication) exam will receive a promotion to assistant manager. Employees who rank at the bottom of the company attend a Samjin Co. English Class in hopes of receiving the promotion. They dream of doing real work, rather than making coffee, cleaning up and running to make copies. Lee Ja-Young, Jung Yoo-Na and Sim Bo-Ram attend the Samjin Co. English Class and study hard for the TOEIC exam.

Meanwhile, Lee Ja-Young notices wastewater discharge from a Samjin factory affecting the environment. She tries to make a report to the company, but the company ignores her. Lee Ja-Young, Jung Yoo-Na and Sim Bo-Ram struggle to expose corruption inside their company.