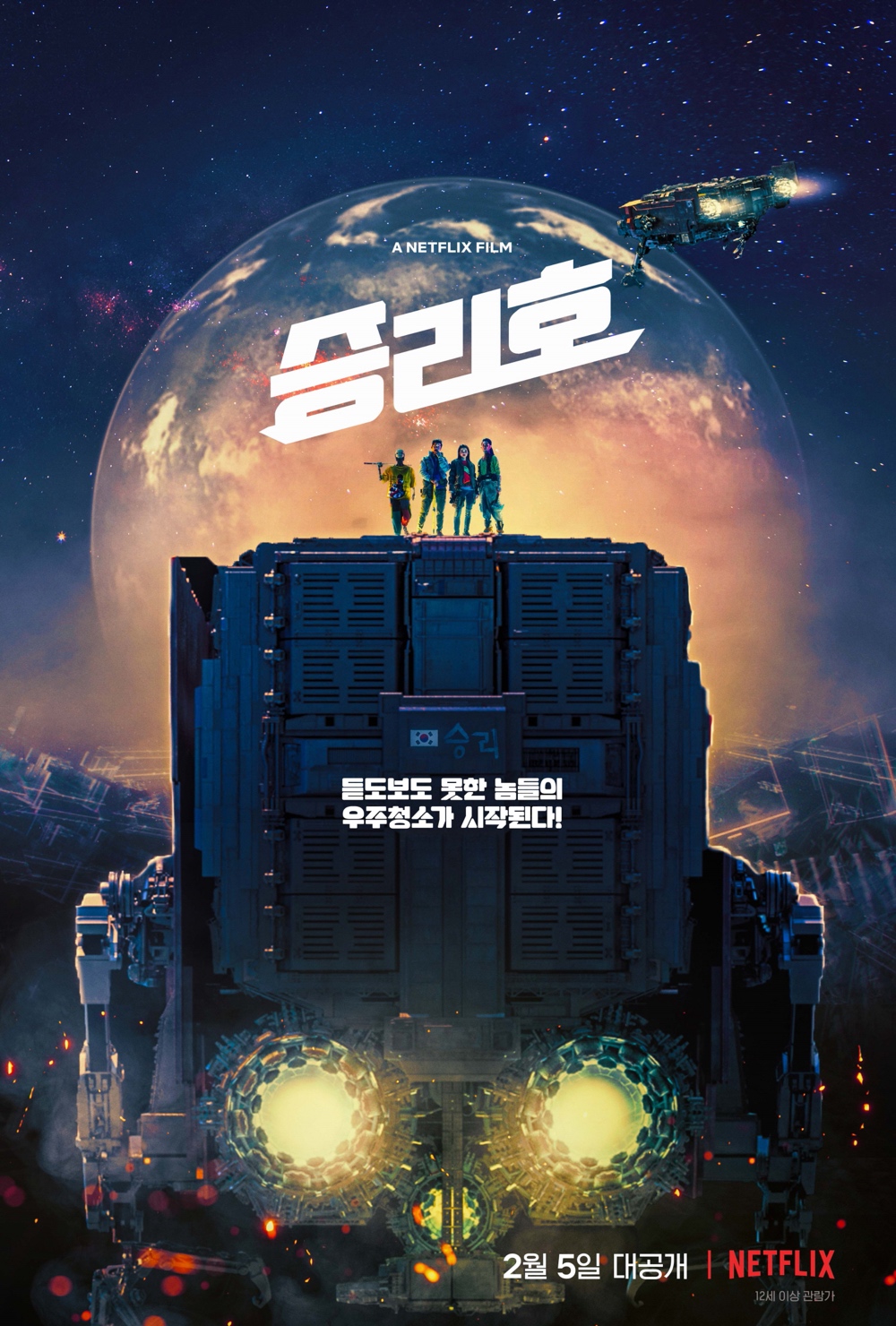 New teaser trailer & teaser poster added for movie “Space Sweepers” starring Song Joong-Ki & Kim Tae-Ri. The film has also decided to have a straight to Netflix world premiere on February 5, 2021. The film’s original theatrical release date was postponed multiple times last year due to the covid-19 outbreak, before deciding to release on the Netflix platform.

Plot Synopsis by AsianWiki: Tae-Ho (Song Joong-Ki) is a pilot of Spaceship Victory, which is led by a captain (Kim Tae-Ri). Tae-Ho will do anything to make money, but he is always broke. Tiger Park (Jin Seon-Kyu) and a robot (Yu Hae-Jin) are crew members of the spaceship.