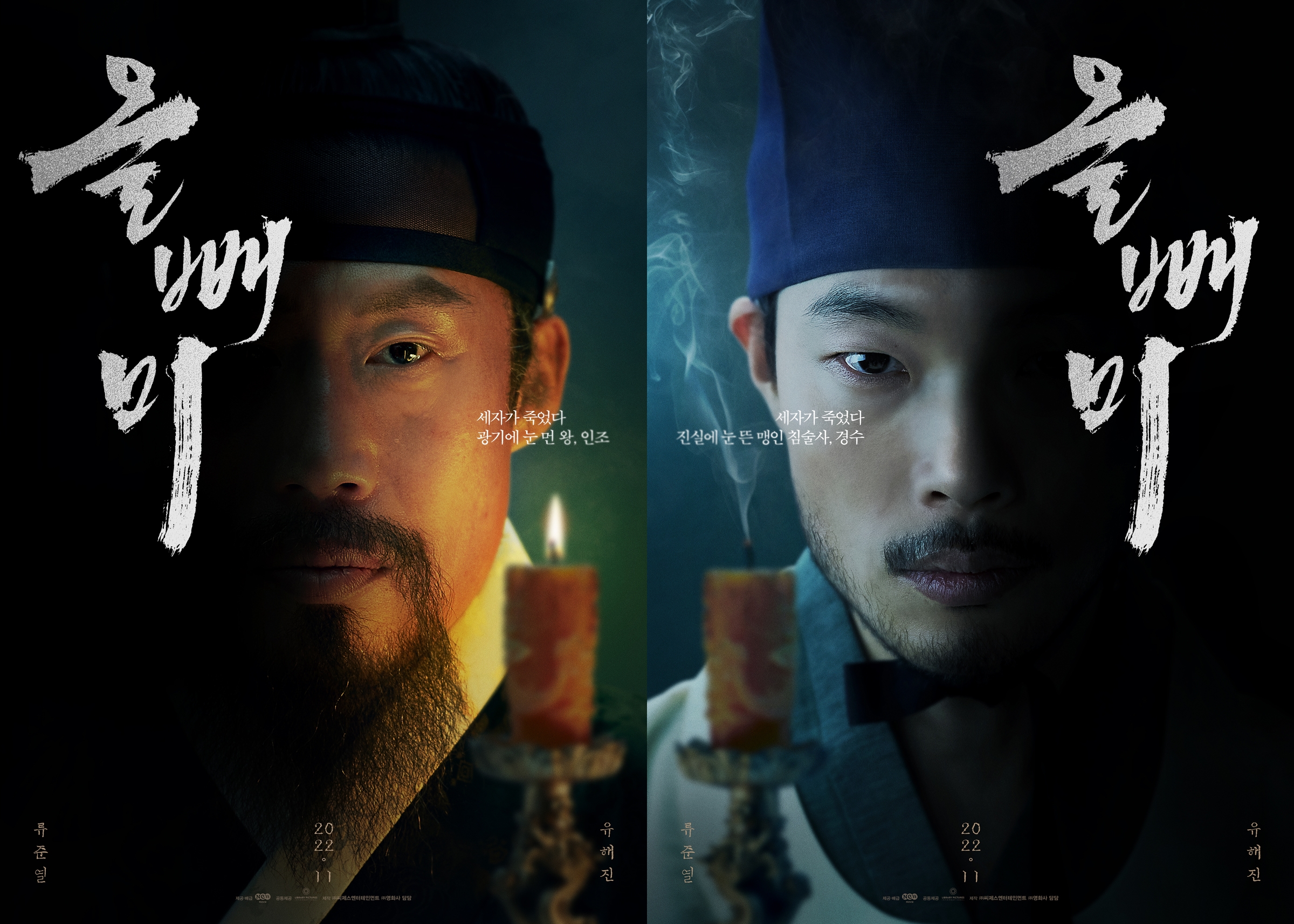 Teaser posters and release date added for period-thriller film “Owl” (literal title) starring Yu Hae-Jin and Ryoo Joon-Yeol. The film is set sometime during the 17th century. Ryoo Joon-Yeol plays a blind acupuncturist, but he is able to see at night. He witness the death of the crown prince. Yu Hae-Jin will play King Injo.

Plot Synopsis by AsianWiki: Kyeong-Soo (Ryoo Joon-Yeol) is a blind acupuncturist. He is unable to see anything during the daytime, but, strangely, he is able to see like a normal person at night. One evening, Kyeong-Soo happens to witness the death of the crown prince. This death leads King Injo (Yu Hae-Jin) into madness. Kyeong-Soo attempts to reveal the truth behind the crown prince’s death.