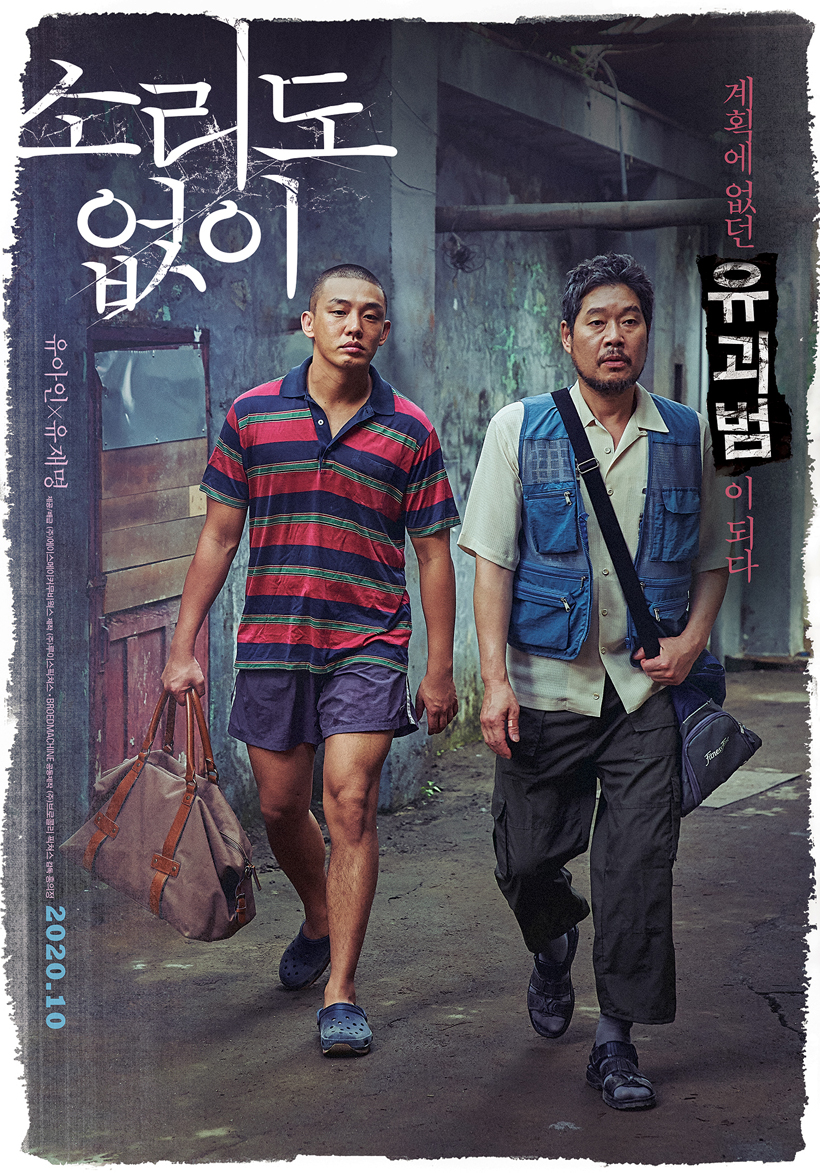 Teaser poster & teaser trailer added for movie “Voice of Silence” starring Yoo Ah-In & Yoo Jae-Myung. Caption on the teaser poster states in Korean “Became unplanned kidnappers.” The film has Yoo Ah-In and Yoo Jae-Myung playing Tae-In & Chang-Bok. Their job is to clean up messes left behind by crime gangs, but they come across a little 11-year-old girl.

“Voice of Silence” will be released October, 2020 in South Korea.

Plot Synopsis by AsianWiki: Tae-In (Yoo Ah-In) and Chang-Bok (Yoo Jae-Myung) work for crime organizations. Their job is to clean up messes left by the crime groups. They carryout their jobs diligently and professionally. One day, they are hired for a job by their client Yong-Seok. This leads Tae-In and Chang-Bok to discover 11-year-old Cho-Hee, who was kidnapped. The next day, they want to take Cho-Hee to Yong-Seok, but Yong-Seok is found dead. Tae-In and Chang-Bok find themselves in an unexpected situation.