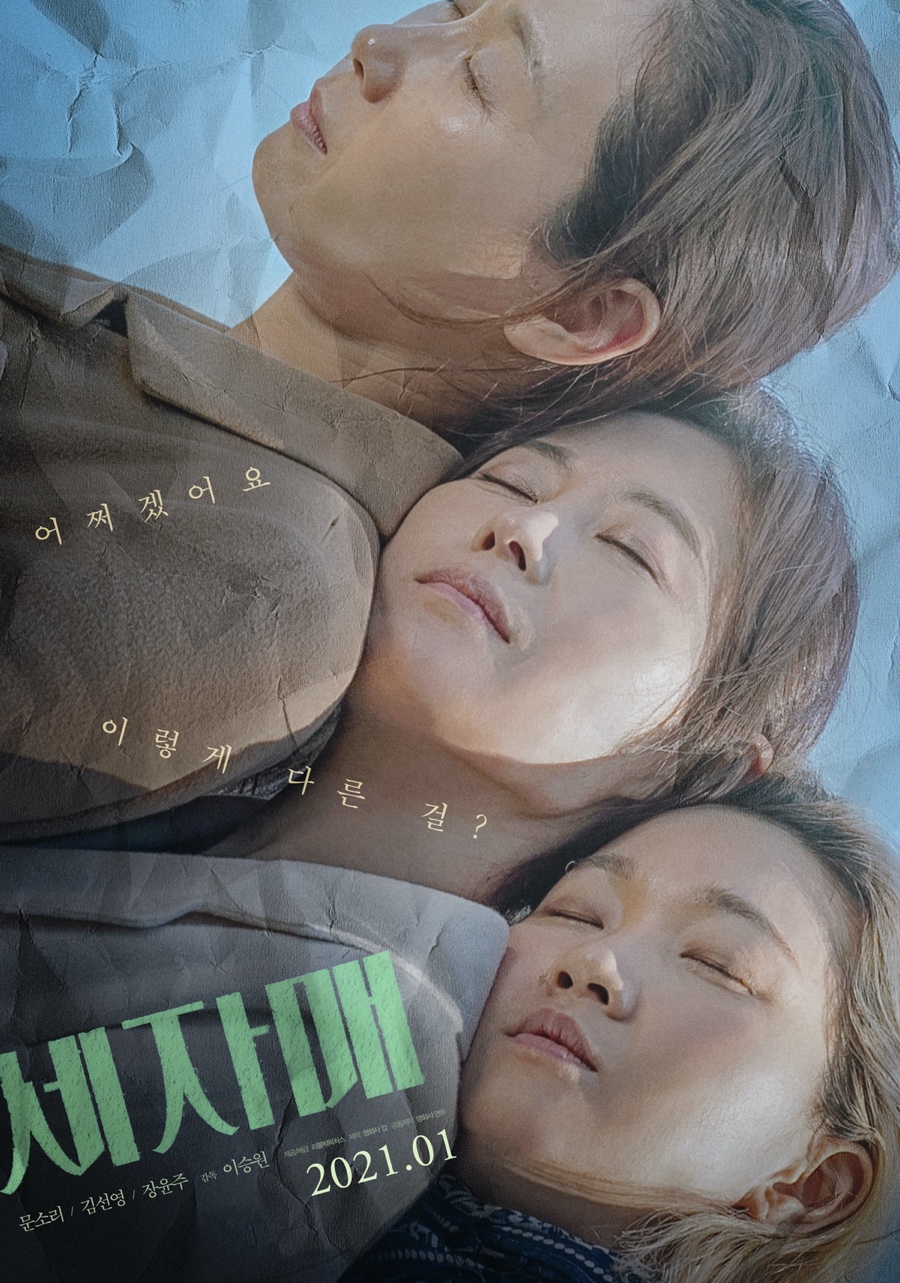 “Three Sisters” will be released January, 2021 in South Korea.

Oldest sister Hee-Sook is a devoted housewife, who takes care of her husband and daughter. She has the type of personality where she does not express her feelings. One day, Hee-Sook learns that she cancer. Middle sister Mi-Yeon wants a peaceful life with her husband, who is a professor. She works as church choirmaster. She experiences extreme turmoil when she witnesses her husband having an affair with a choir member. Youngest sister Mi-Ok works as a playwright. She married a divorced man in a fit of anger. Now, she has a husband and a stepson.