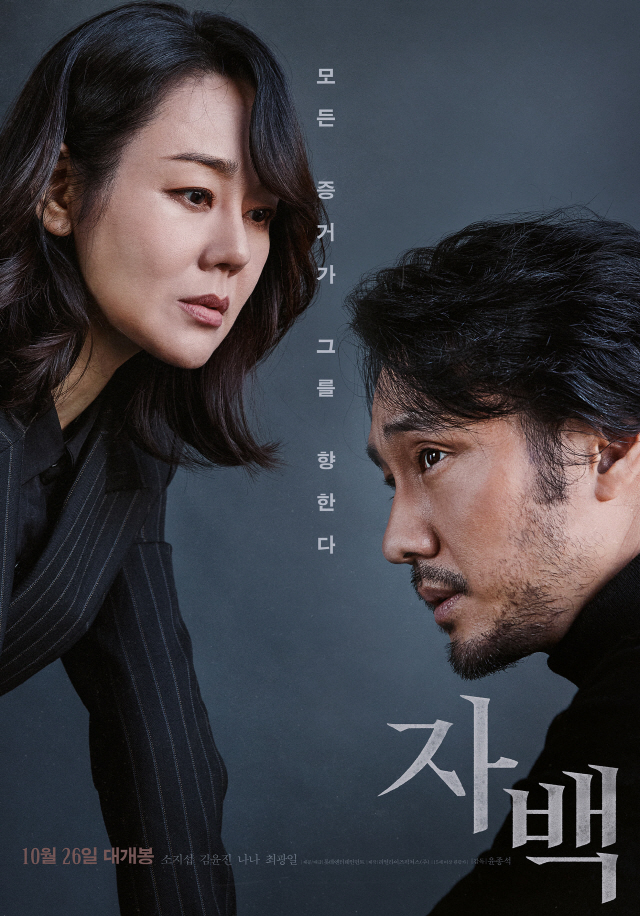 First teaser poster for movie “Confession” starring So Ji-Sub & Kim Yunjin. The crime-thriller film was filmed from December 16, 2019 to February 29, 2020 and directed by Yoon Jong-Seok (“Marine Boy“). Caption on the poster states “All the evidence points to him.” In the film, a murder takes place in a hotel room where only the victim and her lover Yoo Min-Ho (So Ji-Sub) were.

The teaser poster also reveals that “Confession” will be released October 26, 2022 in South Korea.

Plot Synopsis by AsianWiki: Yoo Min-Ho (So Ji-Sub) is the CEO of an IT company. He becomes a suspect in a murder case that occurred in a sealed room.

Yang Shin-Ae (Kim Yunjin) becomes Yoo Min-Ho’s lawyer. She hasn’t lost a case yet in her career. Meanwhile, Kim Se-Hee (Nana) is the person who holds the key to the case.