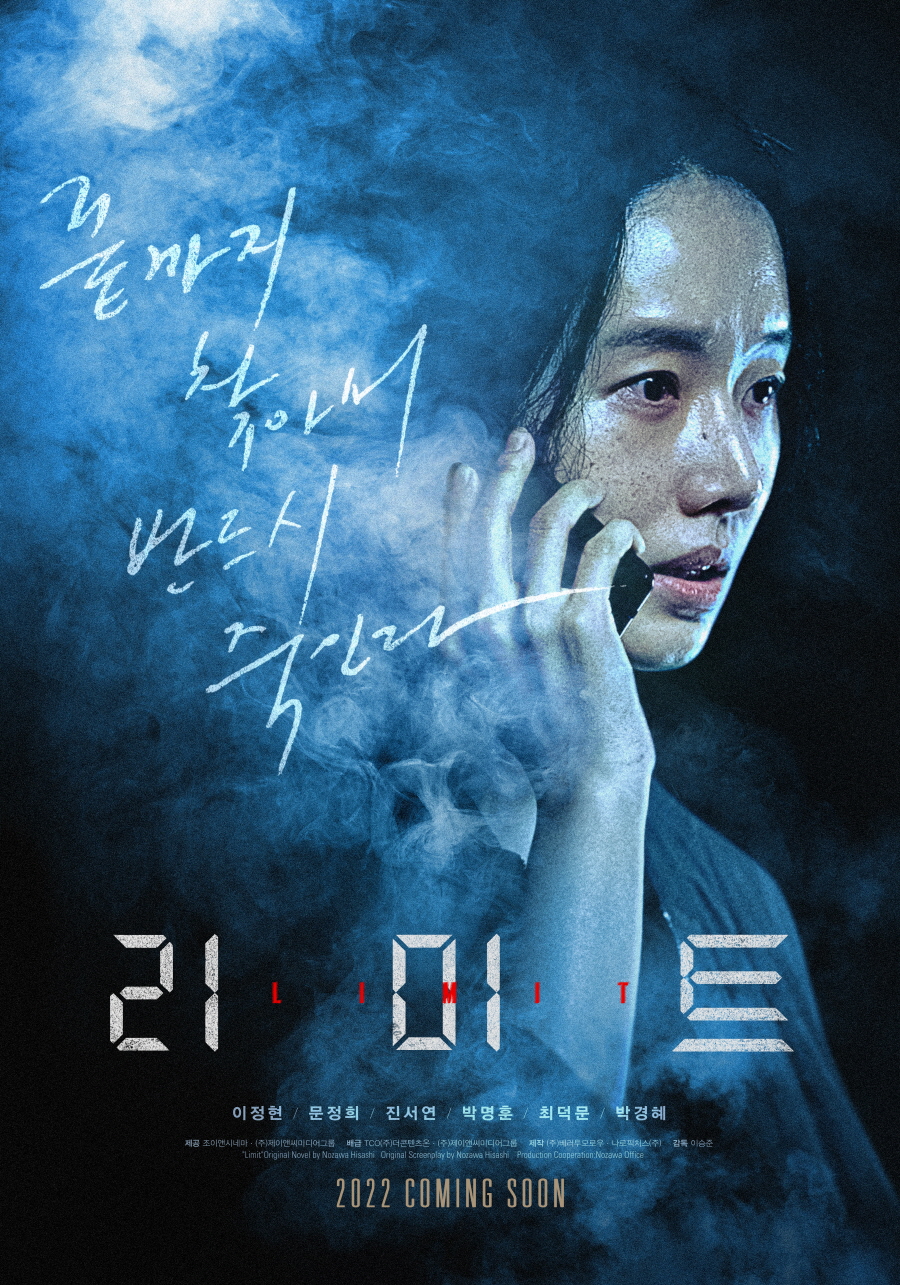 Teaser poster added for movie “Limit” starring Lee Jung-Hyun, Moon Jeong-Hee, and Jin Seo-Yeon. The crime-thriller film is based on 1998 Japanese novel “Kiroi Jou” by Hisashi Nozawa and directed by Lee Seung-Joon (“The Spy: Undercover Operation“). The film revolves around a serial children kidnapping case. Caption on the poster states “I will hunt you down to the end and I will kill you.”

“Limit” will be released sometime during the second half of this year in South Korea.

Meanwhile, Hye-Jin (Moon Jeong-Hee) is a mysterious person, who knows a hidden secret behind the child kidnapping cases.