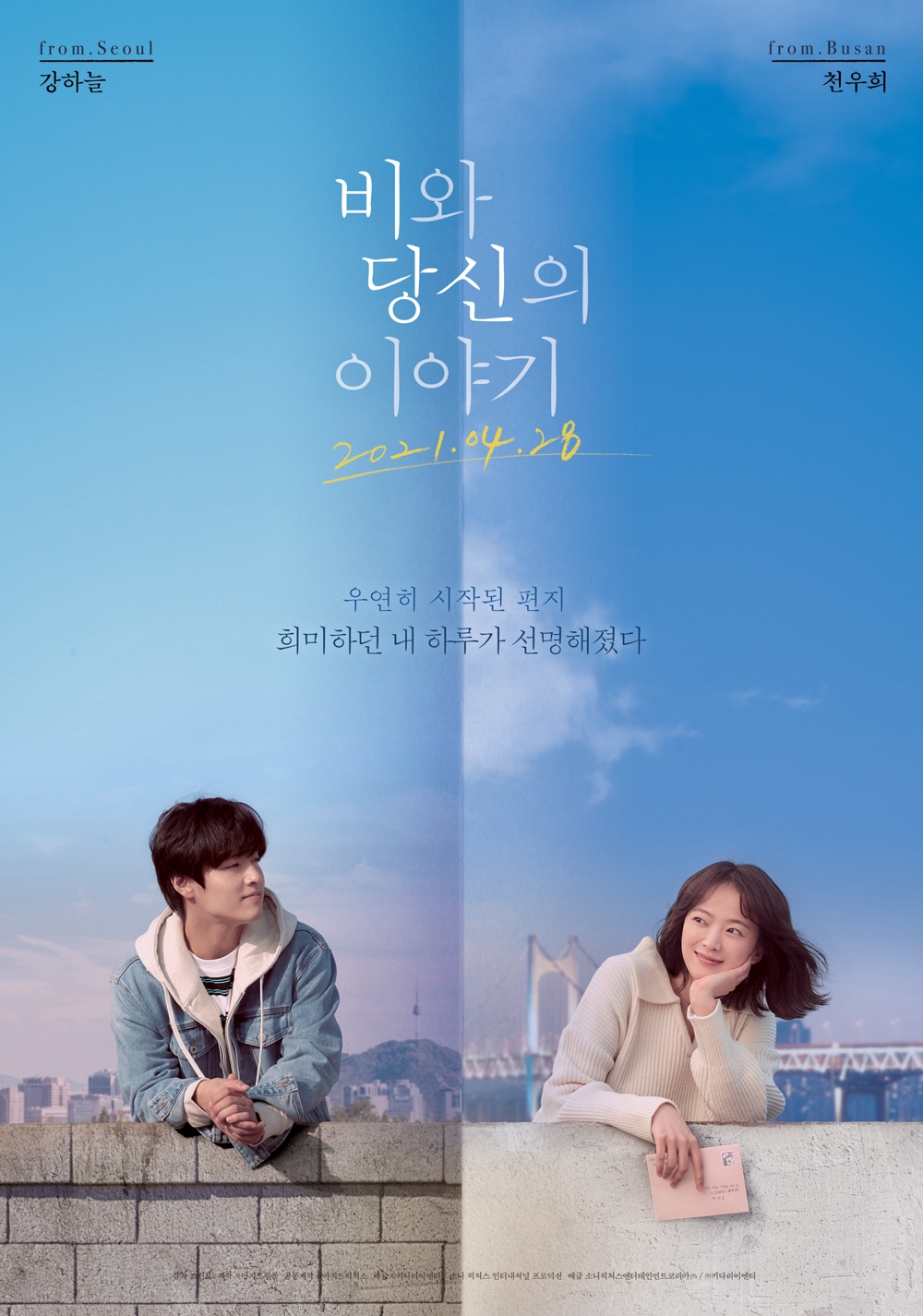 Teaser poster added for movie “Endless Rain” starring Kang Ha-Neul & Chun Woo-Hee, Caption on the poster states in Korean “A letter that began by accident. My faded days became clear.” Trailer for the movie has been added on AsianWiki. The film revolves around a letter that is sent to an old childhood friend, but her younger sister receives the letter.

Plot Synopsis by AsianWiki: Young-Ho (Kang Ha-Neul) doesn’t have any dreams for his life. He has been studying 3 years to enter a university. He decides to send a letter to his childhood friend So-Yeon. But her younger sister So-Hee (Chun Woo-Hee) receives the letter instead of her sick sister. So-Hee writes back to Young-Ho, pretending to be So-Yeon. Meanwhile, So-Hee takes care of her sick sister and also runs a secondhand bookstore with her mother.