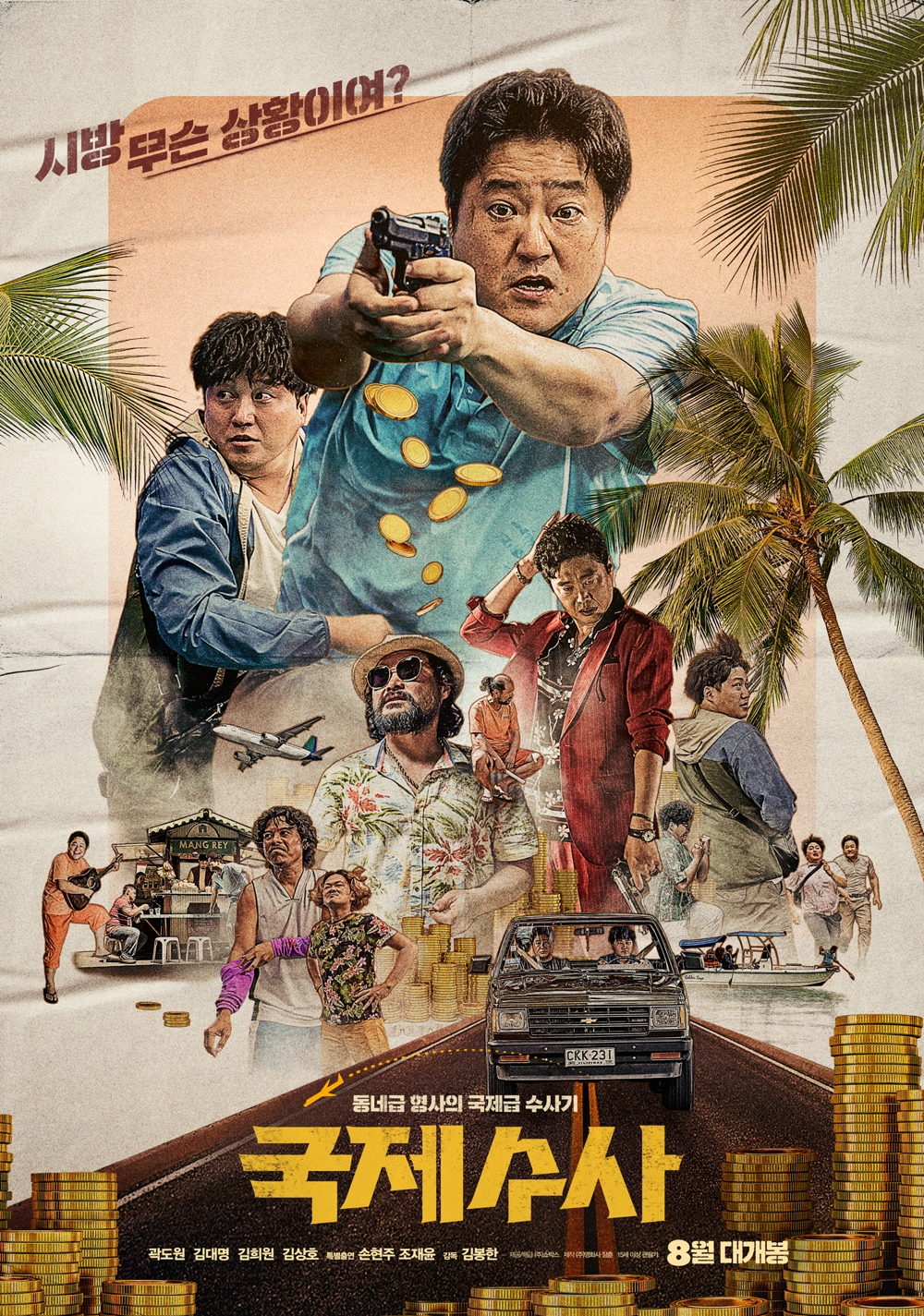 Poster and trailer #1 added for comedy-action film “The Golden Holiday” starring Kwak Do-Won, Kim Dae-Myung, and Kim Sang-Ho. Below are new still images of Kim Dae-Myung in the film. Kim Dae-Myung plays Hwang Man-Cheol. He works as a tour guide in the Philippines and helps Hong Byeong-Soo (Kwak Do-Won) investigate a crime.

“The Golden Holiday” will be released August, 2020 in South Korea.

Plot Synopsis by AsianWiki: Byeong-Soo (Kwak Do-Won) works as a detective in the countryside. He takes his family on a trip to the Philippines and its their first time abroad. He becomes entangled in a crime planned by Patric (Kim Hee-Won), who is killer in a criminal organization. Byeong-Soo becomes a murder suspect. To clear himself of the false charge, he investigates the case with tour guide Man-Cheol (Kim Dae-Myung). Their investigation doesn’t go very well, but Byeong-Soo meets his friend Yong-Bae (Kim Sang-Ho). Their investigation veers into an unintended direction.