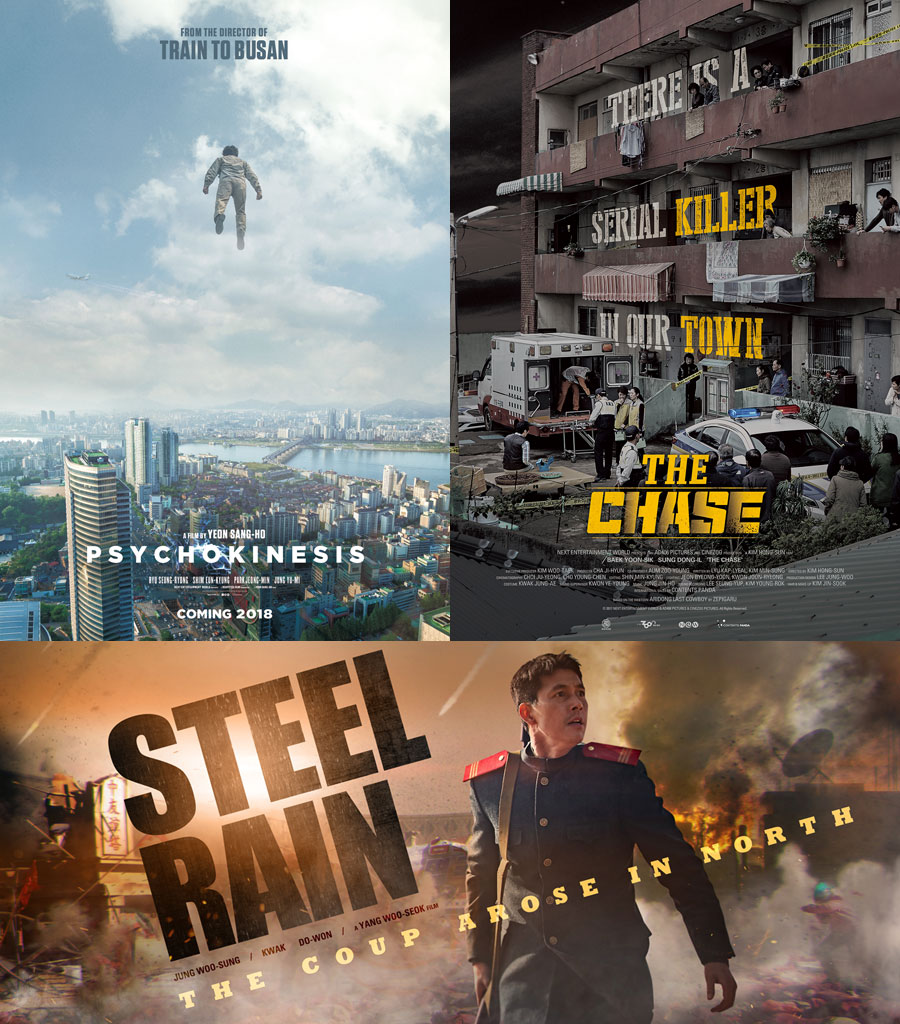 Main trailer added for upcoming movie “Steel Rain” starring Jung Woo-Sung and Kwak Do-Won. The film is based on webcomic “Steel Rain” by Yang Woo-Suk and directed by Yang Woo-Seok. Story for the film is set in the near future and has North Korean escapee Eom Chul-Woo (Jung Woo-Sung) collaborating with South Korean government official Kwak Chul-Woo (Kwak Do-Won) collaborating to prevent an all war on the Korean peninsula.

In addition, and especially good news for international fans, Korean movie distributor NEW and Netflix has reached a deal to stream 3 of NEW’s upcoming films “Steel Rain,” “Psychokinesis” and “The Chase” on Netflix worldwide. The deal between NEW and Netflix was reached during the American Film Market, when the films will be available on Netflix has not yet been revealed.