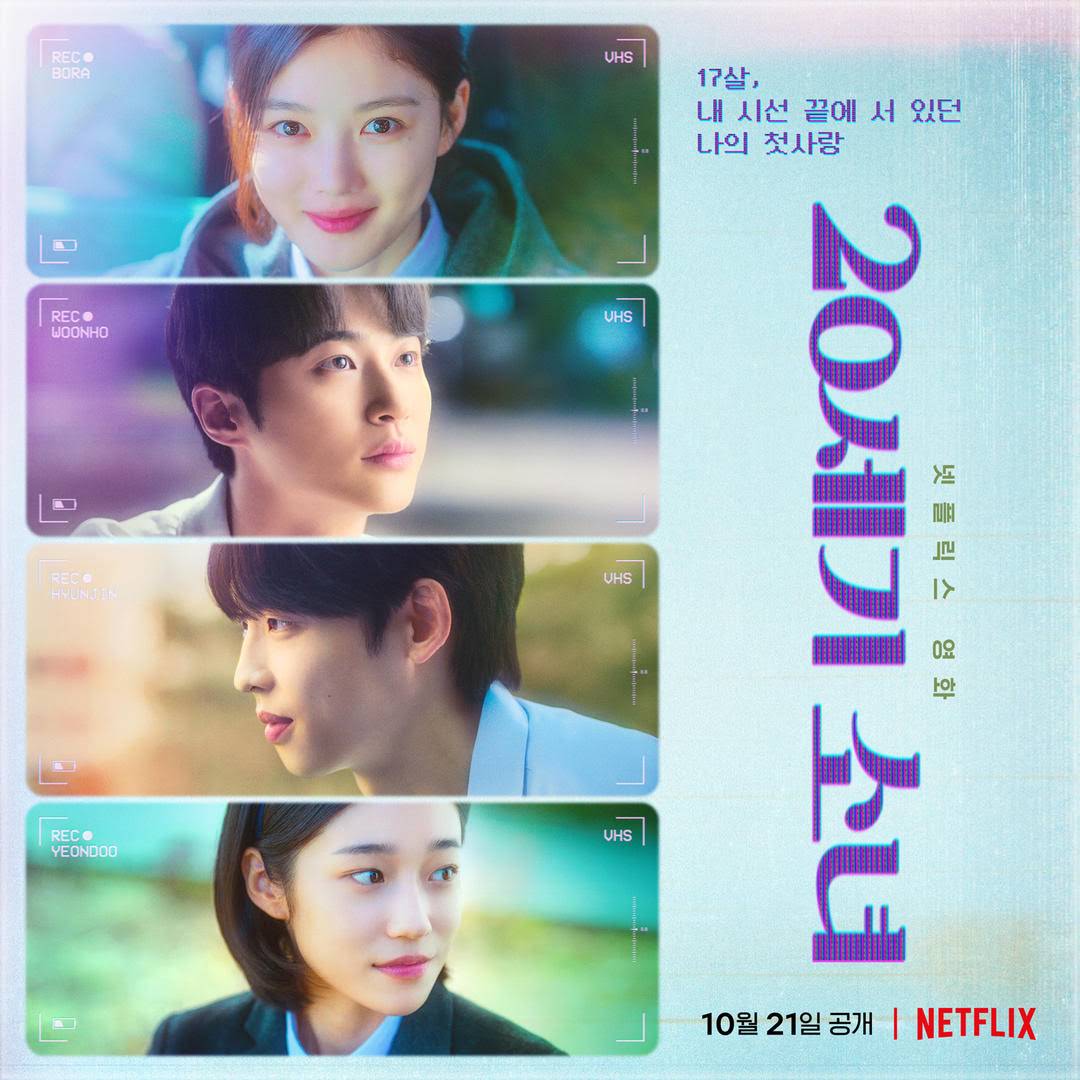 Main trailer and poster added for movie “20th Century Girl” starring Kim You-Jung & Byeon Woo-Seok. The film is set in the year 1999. Caption on the main poster states “17-years-old, my first love that stood at the end of my eyes.”

Plot Synopsis by AsianWiki: Set in the year 1999, “20th Century Girl” follows the first love and friendships of a high school student.

Bo-Ra is best friends with Yeon-Doo (Roh Yoon-Seo), who attends the same school. Yeon-Doo has a crush on fellow student Hyun-Jin (Park Jung-Woo). Yeon-Doo asks Bo-Ra to find out everything about Hyun-Jin, while she goes to the U.S. to have heart surgery. After that, Bo-Ra begins to observe Hyun-Jin closely and she gathers information about him from his friend Woon-Ho. During this time, Bo-Ra becomes close to Woon-Ho and also Hyun-Jin.