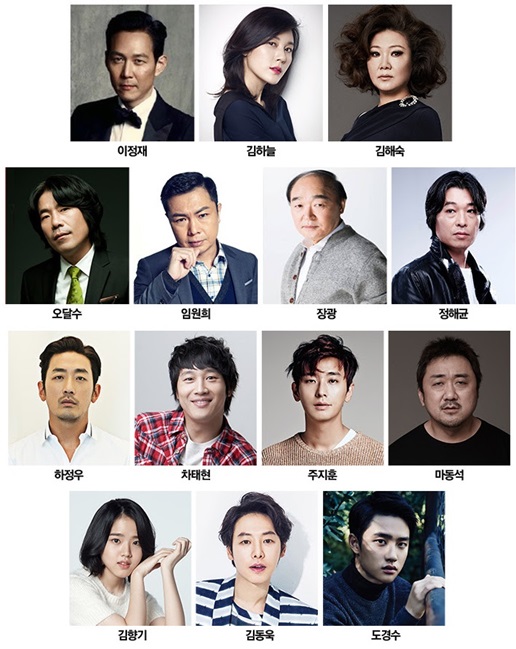 Lee Jung-Jae and Kim Ha-Neul are now cast in upcoming movie “With God” (literal title). Previously announced cast members include Ha Jung-Woo, Cha Tae-Hyun, Ju Ji-Hoon, Ma Dong-Seok, Kim Hyang-Gi, Do Kyung-Soo (‘EXO-K’) & Kim Dong-Wook. Movie will be directed by Kim Yong-Hwa (“200 Pounds Beauty“/”Take Off“) and is based on webcomic “Singwa Hamgge” by Joo Ho-Min. Story for the film is set in a purgatory world where angels of deaths take part in trials of humans to determine their eternal fate.

In the upcoming film, Lee Jung-Jae will play King Yeomra. His character is the God of Death. Kim Ha-Neul will play the God of Betrayal Hell.
“With God” will be released sometime in 2017.