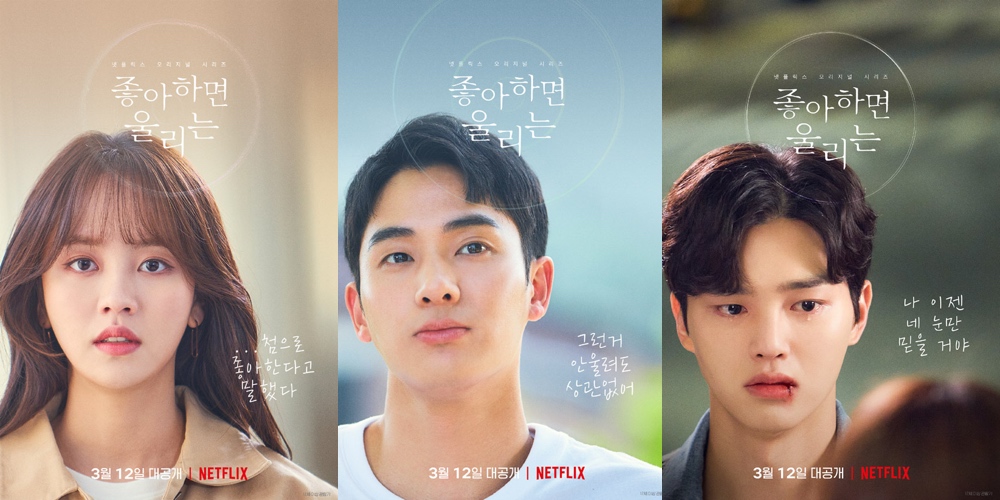 Trailer added for Netflix drama series “Love Alarm Season 2” starring Kim So-Hyun, Jung Ga-Ram, & Song Kang. The second of season “Love Alarm” will revolve around the Love Alarm app that has been updated to version 2.0. Above and below are character posters for the drama series.

Plot Synopsis by AsianWiki: 4 years after the cellphone app Joalarm was created, people commonly use Joalarm version 2.0. The updated app has new functions to see 2 lists: one is for persons that like you and the other is for persons that you will like. Due to the new version of Joalarm, a small change happens between Jo-Jo (Kim So-Hyun) and Hye-Young (Jung Ga-Ram). Jo-Jo is on the list for people that will like you for Hye-Young’s Joalarm. Hye-Young is happy about that. Sun-Oh (Song Kang) left Jo-Jo because his Joalarm didn’t ring when Jo-Jo was near him. He believed Jojo didn’t like him, but he still can’t wipe out the thought that Jo-Jo might still like him.