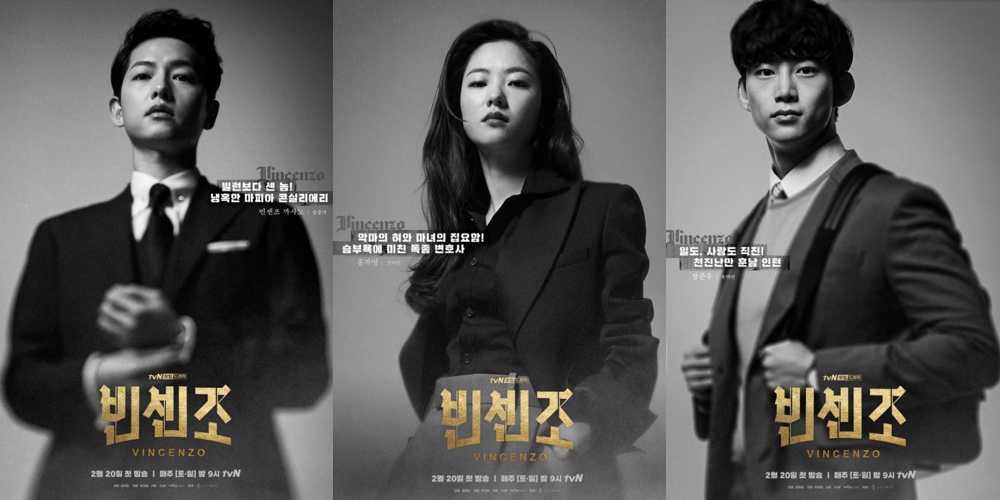 Trailer added for tvN drama series “Vincenzo” starring Song Joong-Ki, Jeon Yeo-Bin, & TaecYeon. Captions in the trailer states in Korean (0:07) “A very dangerous stranger,” (0:28) “Met a very strange neighbor,” (0:37) “Evil is punished with evil.” Meanwhile, above and below are 5 character posters for the drama series. The character posters are of Song Joong-Ki as Vincenzo Casano, Jeon Yeo-Bin as Hong Cha-Young, TaecYeon as Jang Joon-Woo, Kim Yeo-Jin as Choi Myung-Hee, and Kwak Dong-Yeon as Jang Han-Seo.