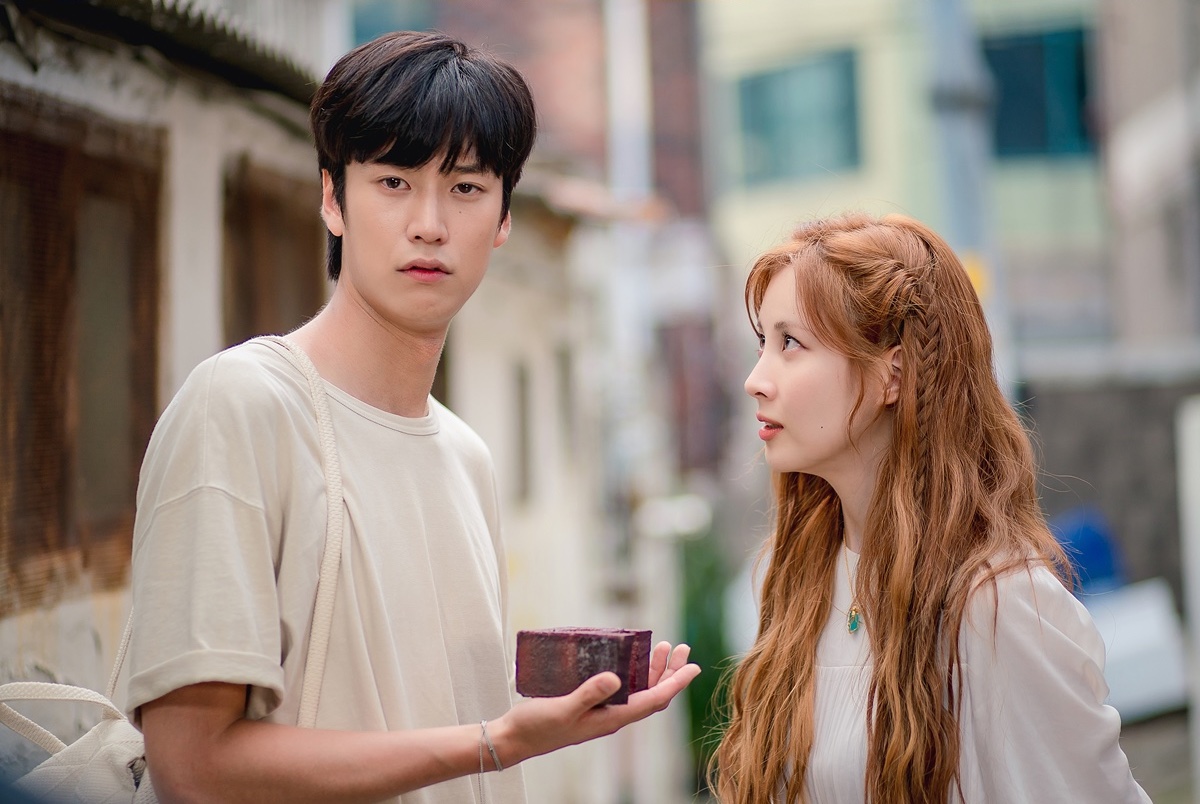 First teaser trailer added for KBS2 drama series “Jinxed at First” starring Na In-Woo & Seohyun. The drama series is based on webcomic “Jinxui Yeonin” by Han Ji-Hye & Goo Seul. Narration in the teaser trailer goes (0:08) Na In-Woo “I feel like something special is coming today,” (0:12) unidentified voice “She looks amazing, but she seems mentally slow. What is your name?,” (0:15) Seohyun “Seul-Bi. Delicious,” (0:23) Seohyun “Good to see you, Gong Soo-Gwang.”

“Jinxed at First” is now scheduled to first air June 15, 2022 in South Korea (takes over KBS2’s Wednesday and Thursday 9:50 PM time slot after “Love All Play“).

Plot Synopsis by AsianWiki: Gong Soo-Gwang (Na In-Woo) sells fish at a traditional market. He is known as an unlucky man and, because of this, people try to avoid him. His life wasn’t always like that. At one time, he had a bright future. After Gong Soo-Gwang met Lee Seul-Bi, his life totally changed. Whenever he dreams of Lee Seul-Bi, something bad happens to him. For the first time in 7 years, Gong Soo-Gwang meets Lee Seul-Bi again.