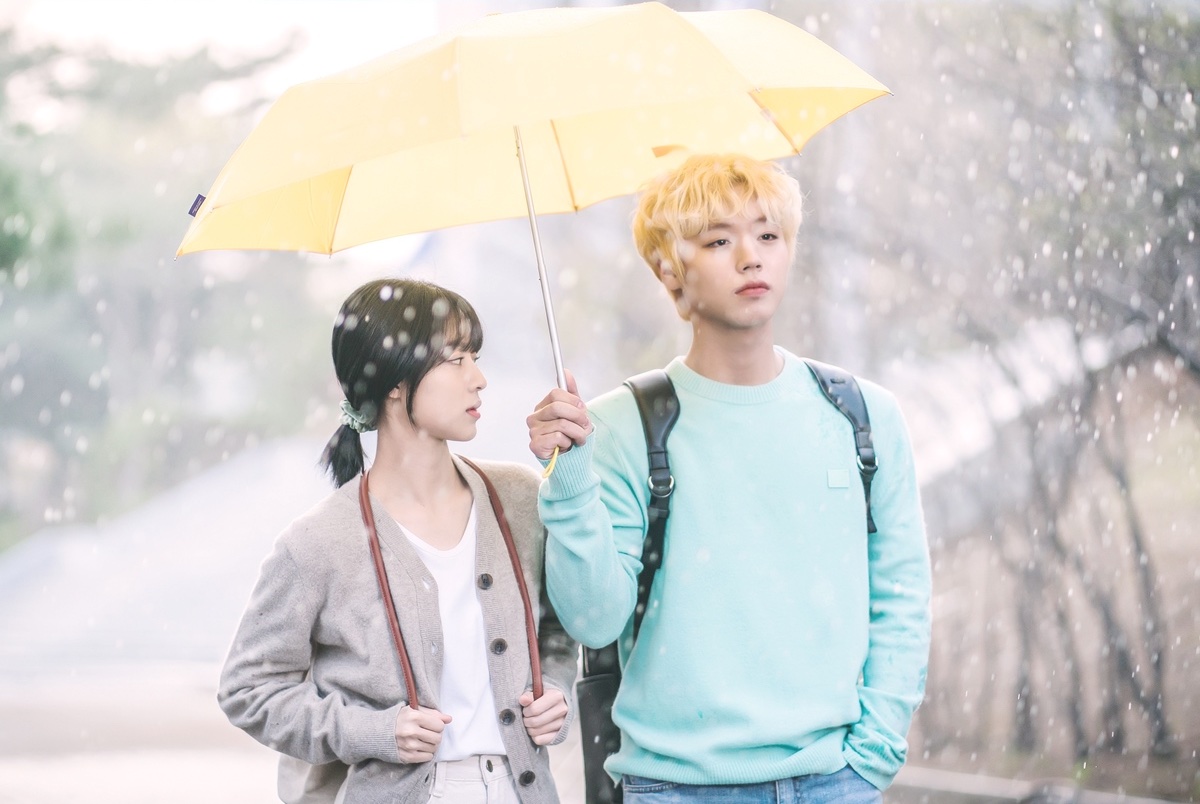 First teaser trailer added for KBS2 drama series “Blue Spring From A Distance” starring Park Ji-Hoon, Kang Min-Ah, & Lee Sin-Young. Drama series is based on webcomic “Meorliseo Bomyun Peureun Bom” by Ji Nyoong. The teaser trailer begins with captions that state  “Their youth story which looks like spring from the distance. But, if you look at them closely it’s different.” Meanwhile, above and below are still images of Park Ji-Hoon & Kang Min-Ah.

Yeo Joon is a first year university student. He has a cute appearance and a bright personality. He tries to show people only a good image. He has wealthy parents, but he didn’t receive enough affection from his parents.

Kim So-Bin is a 3rd grade university student. She is sincere and honest. After her parents divorced, she has lived with her father.

Nam Soo-Hyun is a smart, perfectionist university student. He has a good looking appearance and receives excellent academic grades. But he is financially in difficult situation. he does do various part time works to support himself and also his family mother and younger sibling. due to his situation, he is cynical to people.