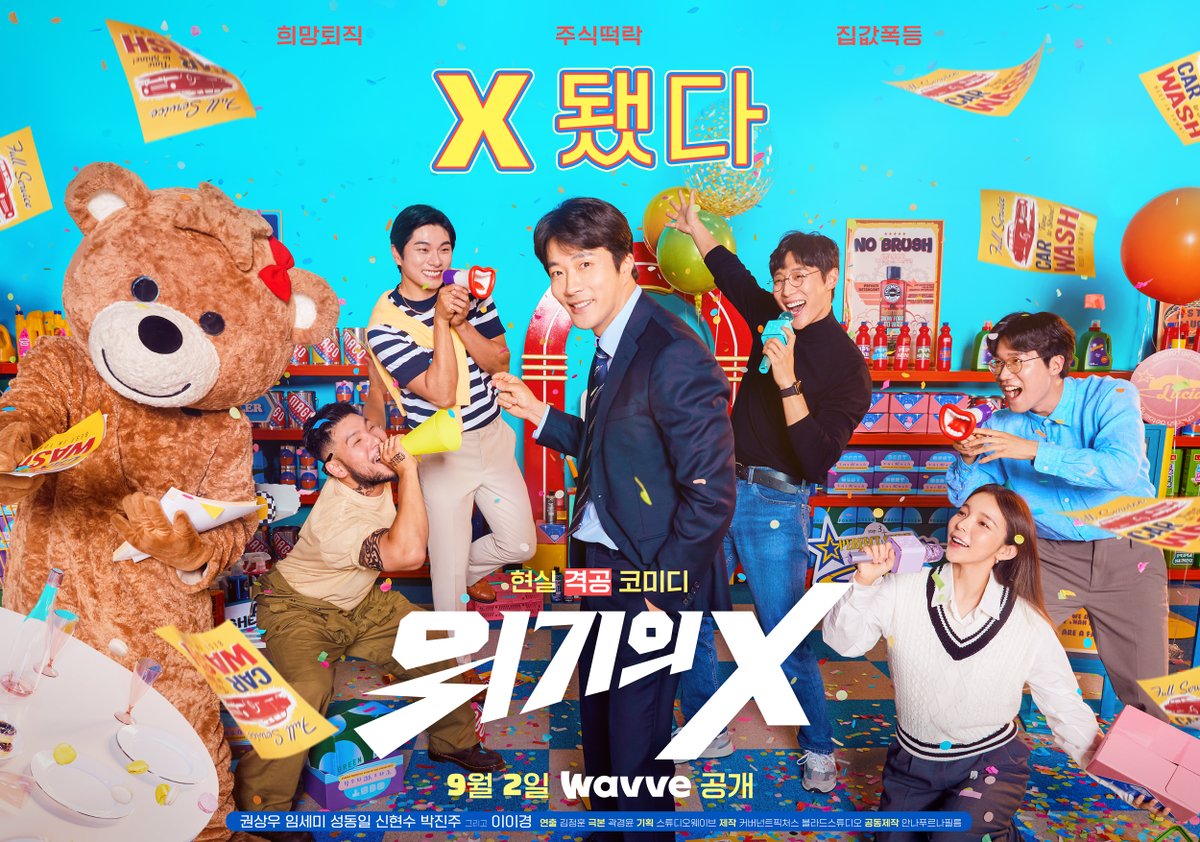 First teaser trailer and poster added for Waave drama series “X in Crisis” (literal title) starring Kwon Sang-Woo & Lim Se-Mi. The drama series will follow middle-aged man Yoon played by Kwon Sang-Woo. His successful life is lost when he loses money in the stock market. He gets a second change when he is hired by startup company Lucido.

The teaser trailer and poster also reveals that “X in Crisis” will be available to stream from September 2, 2022 in South Korea.

Plot Synopsis by AsianWiki: Yoon (Kwon Sang-Woo) graduated from a prestigious university and worked at a big company. He thought he would live his life as a successful person, but he is now an ordinary, middle-aged man on the brink of bankruptcy. He is a kind person and likes to show off at times. He has a wife (Lim Se-Mi), who dreams of working as a popular web novelist. She gives him positive energy, but she sometimes bursts out with anger at him.

Meanwhile, Heo Joon (Sung Dong-Il) is a doctor in a neighborhood clinic. He always looks tired and seems indifferent to people, but he has a warm heart and gives advice to people from his heart.