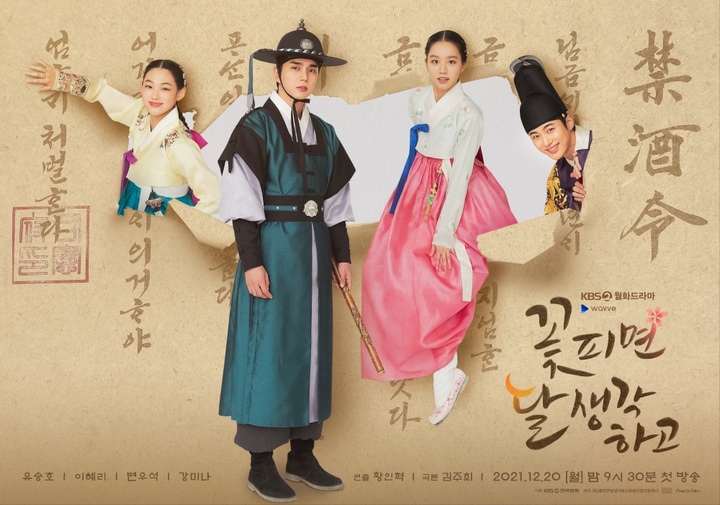 Teaser trailer #4 and posters for KBS2 drama series “Moonshine” (English title) starring Yoo Seung-Ho & Hyeri. Above is a group poster for the drama series, while below are four character posters. Caption on the character posters below state (Yoo Seung-Ho) “There’s a line that you shouldn’t cross and there’s a law that you should abide by,” (Hyeri) “It’s absurd I can’t do something just because I am from a noble family and I am a woman,” (Byeon Woo-Seok) “After getting drunk, I think the world is vast and I don’t care if anything is peaceful or not,” (Kang Mi-Na) “I will find a man to become my husband, because my husband must be handsome.”

One Response to “Teaser trailer #4 & posters for KBS2 drama “Moonshine””