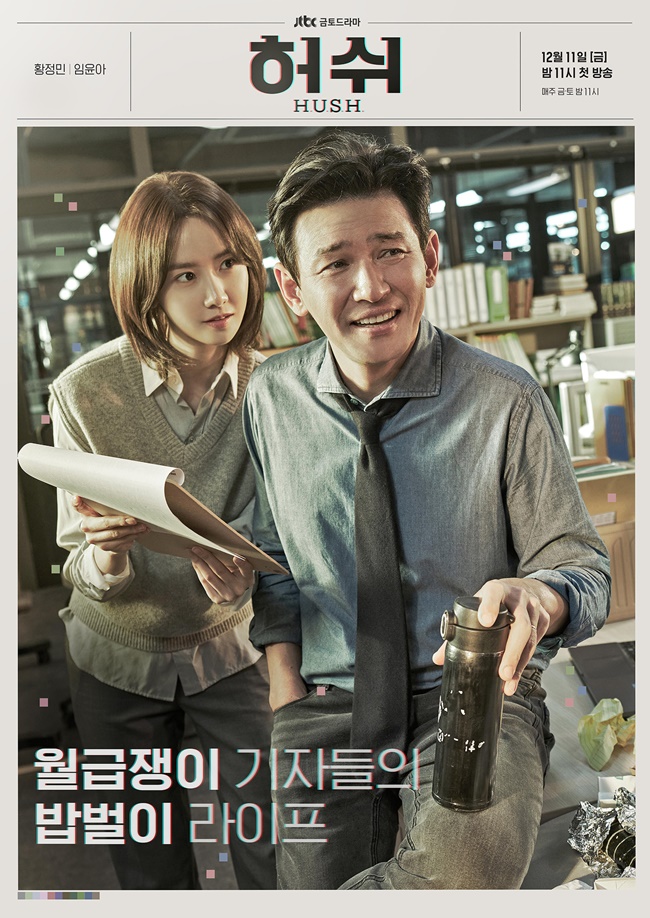 Teaser trailer #4 added for JTBC drama series “Hush” starring Hwang Jung-Min & Yoona. Narration and captions in the teaser trailer has Yoona stating (0:07) “The pen is mightier than the gun but,” (0:15) “Meal is stronger than the pen.” Meanwhile, below are still images of Hwang Jung-Min in the drama series. He plays Han Joon-Hyeok. His character is a veteran reporter, but he doesn’t have the passion for the job like he once did.