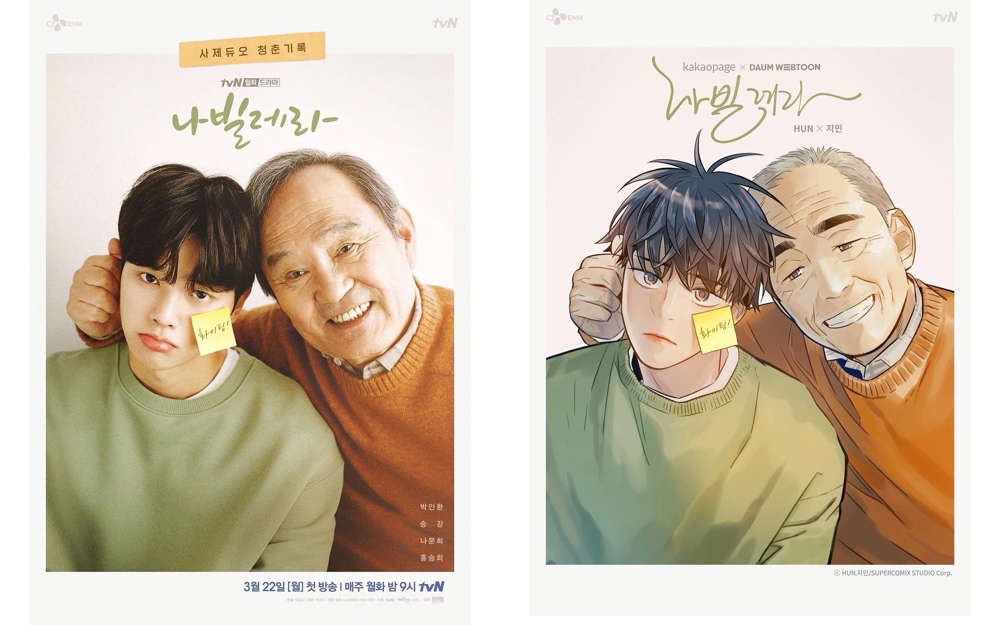 Teaser trailer #3 added for tvN drama series “Navillera” starring Park In-Hwan & Song Kang. Captions in teaser trailer #3 state (0:10) “Seventy, began challenge” and (0:17) “23, Wandering began.” Narration has Park In-Hwan stating at the beginning of the teaser “I’ve never done what I wanted to do,” followed by Song Kang’s voice (0:09) “I don’t know if what you said is cursed, but I don’t live well. I dont know how to live my life. I don’t know whether I have a tomorrow or not,” (0:18) Park In-Hwan “Chae-Rok, there’s only one life. So this time is precious to me,”
(0:26) Song Kang “Grandfather, why do you want to do ballet?” Meanwhile, above and below are two special posters for the drama series. Original webcomic writers Jun and Ji-Min drew the second poster.