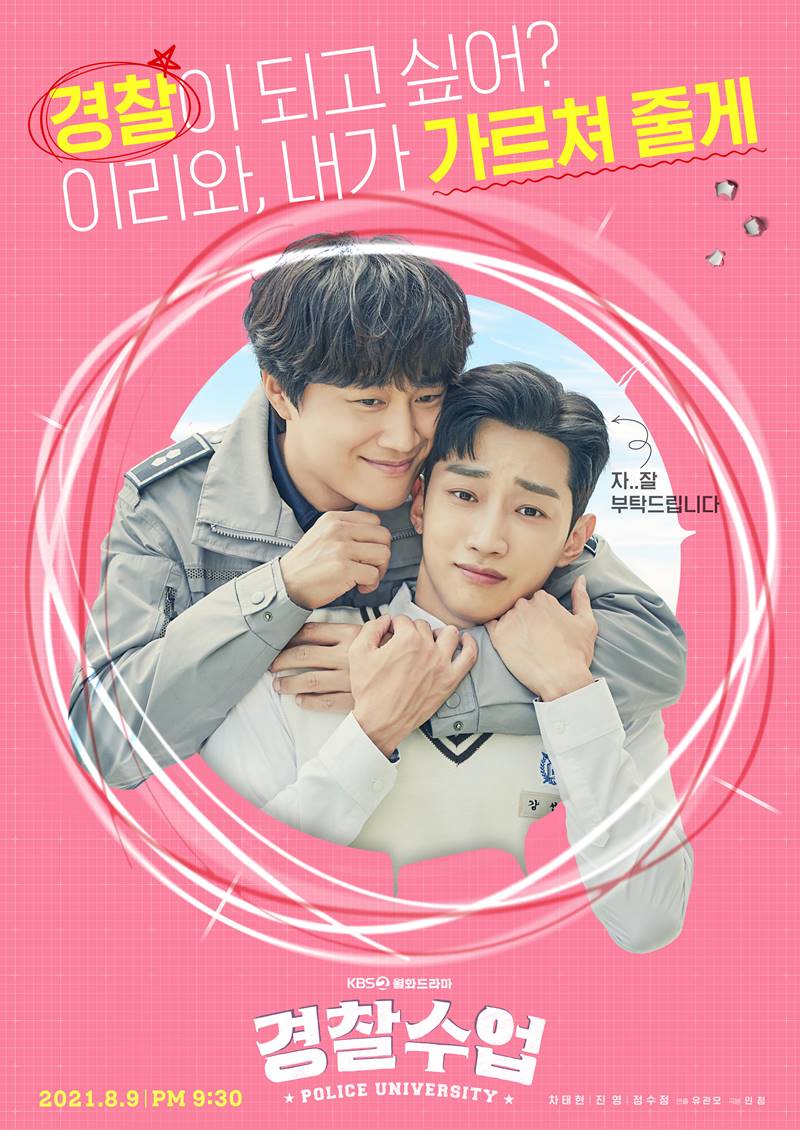 Teaser trailer #3 added for KBS2 drama series “Police University” starring Cha Tae-Hyun, Jin Young, & Krystal. Teaser trailer #3 shows footage from the drama series for the first time, as the relationship between the three main characters are shown. Dialogue in the trailer goes (0:01) Jin Young “Just put me in any university. I don’t think I have ever had a dream,” (0:05) Krystal “This moment is the only time. I am going to do what I want to do now, without any regrets,” (0:10) Krystal “Did you follow me to this school by chance?,” (0:12) Jin Young “No. It’s a dream for me too becoming a cop,” (0:15) Cha Tae-Hyun “No, you can’t. Don’t ever stand out from my sight again. Then, I will show you what really sucks.”

Plot Synopsis by AsianWiki: Yoo Dong-Man (Cha Tae-Hyun) is a former detective. He worked as a detective for 20 years in various departments, including violent crimes and cyber crime. He would often act impulsively. Yoo Dong-Man now works as a professor at the police university. His rookie students include Kang Sun-Ho (Jin Young) and Oh Kang-Hee (Krystal). Kang Sun-Ho was a hacker and he is smart. Oh Kang-Hee is righteous and honest.