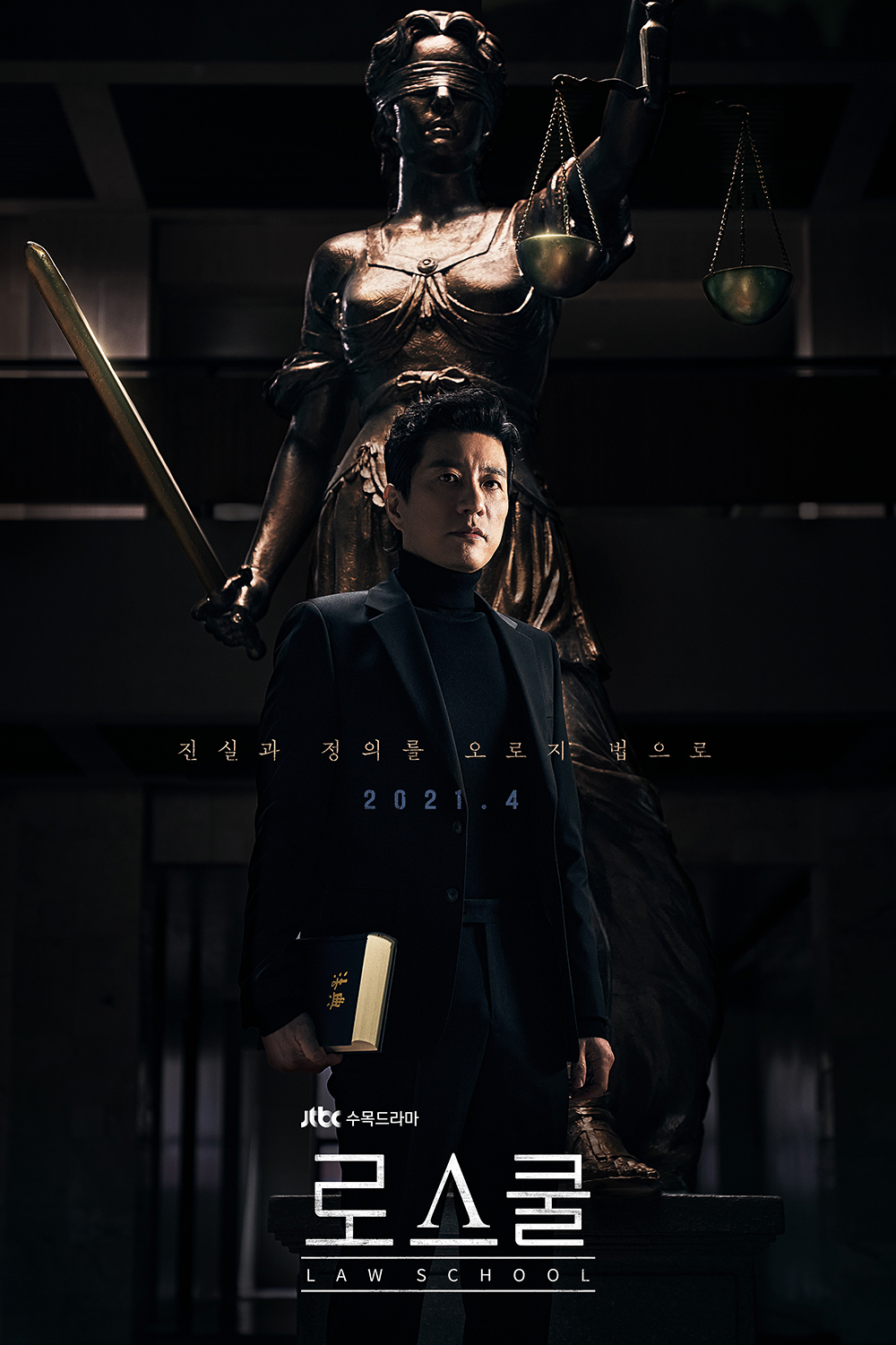 Teaser trailer #2 and teaser poster added for JTBC drama series “Law School” starring Kim Myung-Min & Ryoo Hye-Young. The teaser trailer, featuring Kim Myung-Min as Professor Yang Jong-Hoon, starts off with Ahn Nae-Sang stating “Yang Jong-Hoon is impressive as a professor, but prosecutor is his vocation.” At the 13 second mark, Kim Myung-Min states “Instead, I became to have a goal. Even though I can not produce a good legal professional as a professor, I won’t produce problematic legal professional.”

Plot Synopsis by AsianWiki: A professor at a prestigious law school and his students get involved in an unprecedented case.

Yang Jong-Hoon (Kim Myung-Min) is a former prosecutor. He is now a professor at a prestigious law school. He is straightforward and tends to unleash biting remarks. Students don’t like him because of this, but Yang Jong-Hoon does not care what his students think of him. Yang Jong-Hoon is focused on cultivating personnel for the law field, members who will be able to contribute meaningfully. Professor Kim Eun-Sook (Lee Jung-Eun) is his only colleague that he can speak openly with.

Kang Sol (Ryoo Hye-Young) and Han Joon-Hwi (Kim Beom) are first year law school students. Kang Sol barely got into law school. She comes from a poor family background. At school, she is surrounded by students who are smart and come from wealthy backgrounds. She feels insecure and even shameful due to her background. Kang Sol slowly learns about the true legal profession. Han Joon-Hwi is at the top among first year law school students. He is an attractive young man with leadership qualities, but he has a secret.