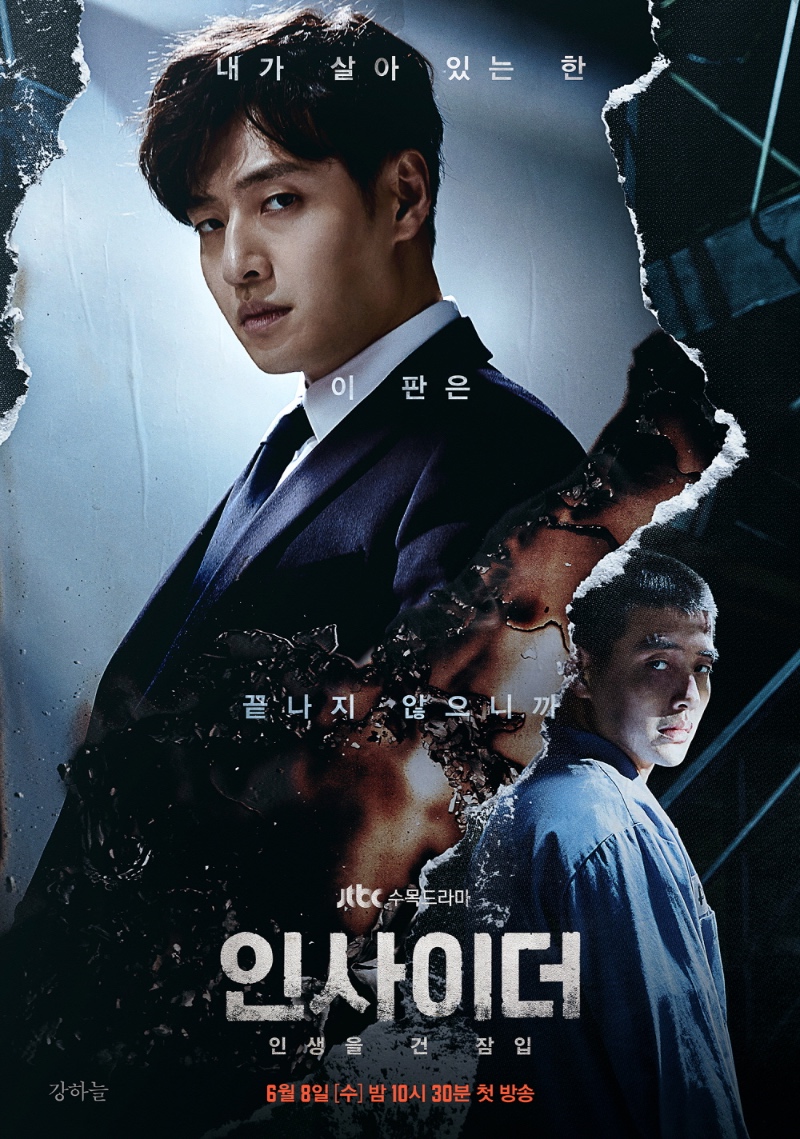 Teaser trailer #2 added for JTBC drama series “Insider” starring Kang Ha-Neul & Lee Yoo-Young. The teaser trailer is a character teaser of Kang Ha-Neul as Kim Yo-Han. Captions kick off the teaser around the 17 second mark with “Kang Ha-Neul, who we knew, was over.” Narration provided by Kang Ha-Neul states (0:19) “I am the one who decide if it’s over or not,” (0:42) “I’ll finish it all with my own hands,” and (0:46) “I’m not done yet.”

Plot Synopsis by AsianWiki: Kim Yo-Han (Kang Ha-Neul) works as a judicial apprentice. He is deliberate in his actions and holds a poker face. Kim Yo-Han conducts an insider investigation. He becomes involved in an unexpected case. This leads to Kim Yo-Han becoming a prisoner. He struggles to hold a card to change his fate in prison.