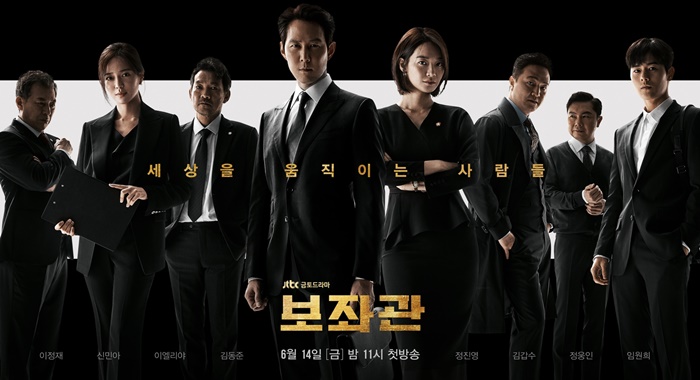 Teaser trailer #2 added for JTBC drama series “Aide” starring Lee Jung-Jae and Shin Min-A. Caption in Korean in the teaser trailer states at the 3 second mark “June 14. Friday. 11 PM. They, who make the world go round, are coming.” Meanwhile, above and below are a group poster and 8 character posters for the drama series. The group poster and character posters are of Lee Jung-Jae, Shin Min-A, Lee Elijah, Kim Dong-Joon, Jung Jin-Young, Kim Kap-Soo, Jung Woong-In, Lim Won-Hee. Drama series “Aide” will consist of two seasons and each season will have 10 episodes. Air date for Season 2 has not yet been announced.