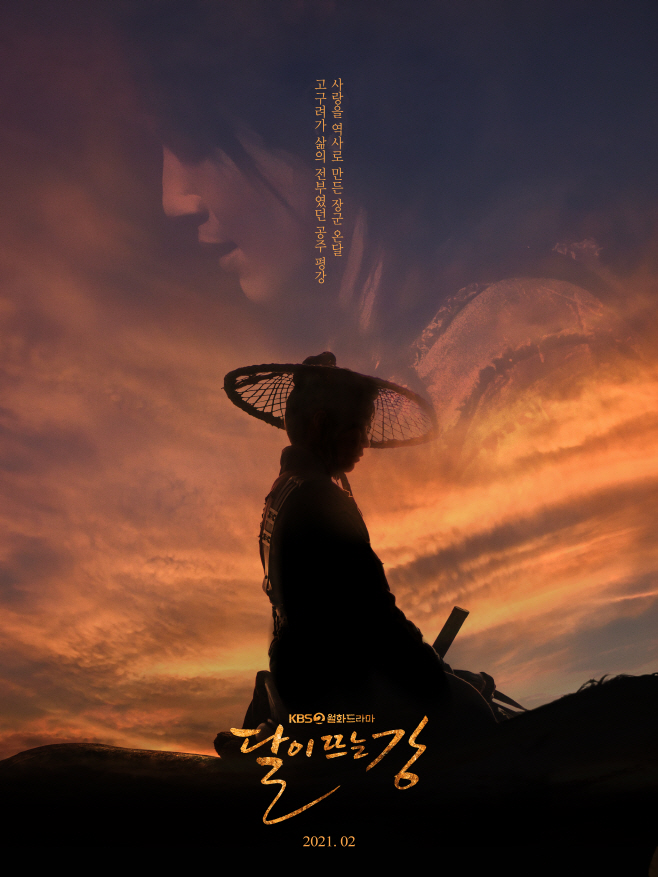 Teaser poster added for KBS2 drama series “River Where The Moon Rises” starring Kim So-Hyun & Ji Soo. Caption on the teaser posters states in Korean “General On Dal who made love to history. Princess Pyong Gang whose life was all about Goguryeo.” Teaser trailer #2 can be viewed at AsianWiki: