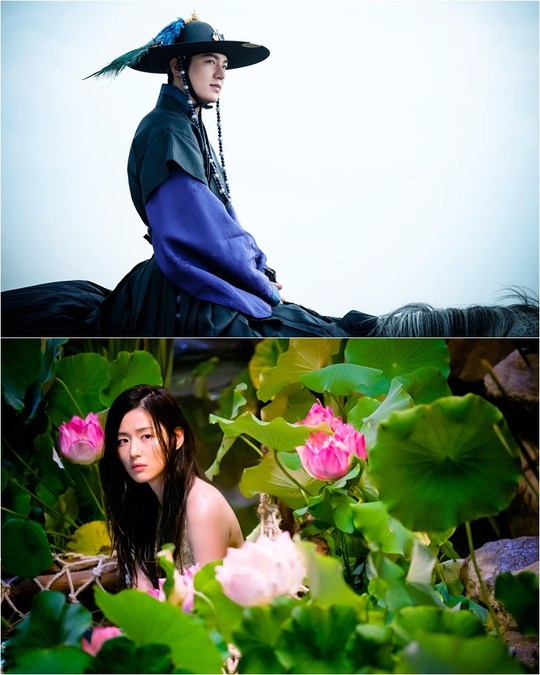 Here’s still images of Gianna Jun and Lee Min-Ho in upcoming SBS drama series “The Legend of The Blue Sea.” The still images are from a flashback scene in the Joseon Dynasty period. Lee Min-Ho’s still is of Dam Ryung who is a newly appointed governor. Gianna Jun’s still is of her as a mermaid with a terrified face and surrounded by lotus. She is captured by greedy people and Dam Ryung appears in front of her.