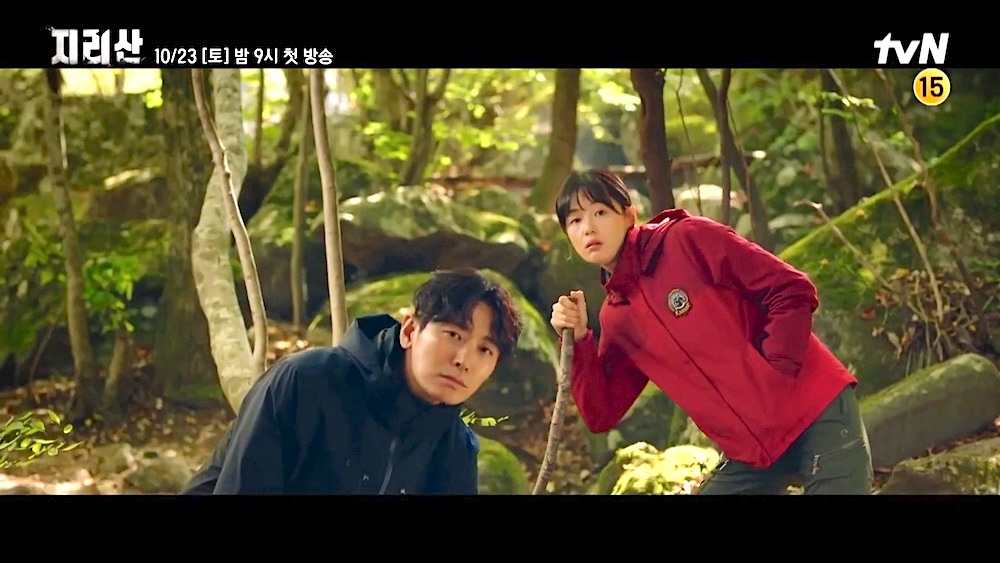 Second teaser trailer added for tvN drama series “Jirisan” starring Gianna Jun & Ju Ji-Hoon. In addition, ep.1 is now scheduled to air October 23, 2021 in South Korea (takes over tvN’s Saturday & Sunday 9M time slot after “Hometown Cha-Cha-Cha“). Second teaser trailer has narration that goes “0:19” Gianna Jun “We weren’t the only ones who were in on the mountain that day. Someone on the mountain,” (0:25) Ju Ji-Hoon “Are killing people.” Below is a teaser poster for the drama series.

Seo Yi-Gang (Gianna Jun) is the best ranger at Jiri Mountain National Park. She knows virtually everything about the area, including where to climb the mountain.

Kang Hyun-Jo (Ju Ji-Hoon) is a rookie ranger at Jiri Mountain National Park. He graduated from the military academy and was once an army captain. He has a secret that he can’t tell anyone about.

These two people become partners and they work to save people around Jiri Mountain National Park.