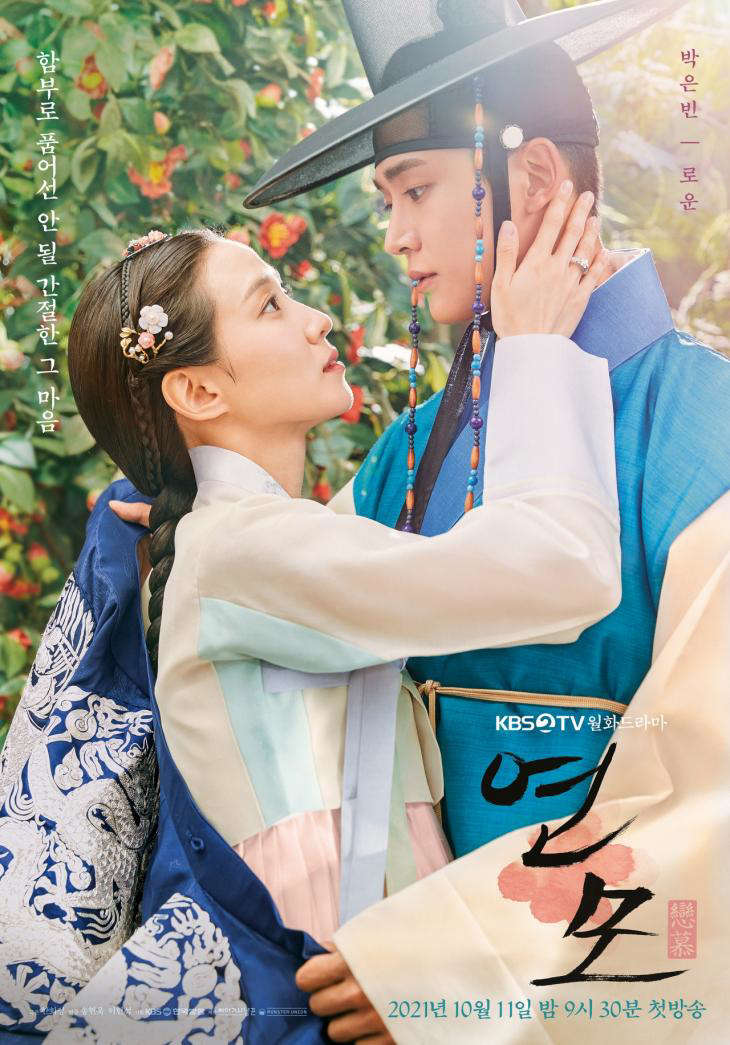 Main poster added for KBS2 drama series “The King’s Affection” (English title) starring Park Eun-Bin & Ro Woon. Caption on the poster teases “The earnest heart that should not have carelessly ….” The romance drama series is set in historical times. The first teaser trailer for the drama series can also be viewed at AsianWiki.

“The King’s Affection” will first air October 11, 2021 in South Korea and will also be available to stream on Netflix worldwide shortly after it airs in South Korea.

Plot Synopsis by AsianWiki: The Crown Prince’s wife gave birth to twins, but twins were considered an ominous sign. The twin daughter was supposed to be killed, but her mother begged to save her life. Secretly, the twin daughter is sent out of the palace. A few years later, the twin son Lee Hwi dies due to a disease. The Crown Prince’s wife hides her twin son’s death and brings her twin daughter back to the palace and raises her as Prince Lee Hwi (Park Eun-Bin). Lee Hwi eventually becomes a crown prince, but she is afraid her real identity will be revealed. Because of her secret, Lee Hwi is unable to have anyone close to her. She hides her emotions from others and she makes biting remarks.