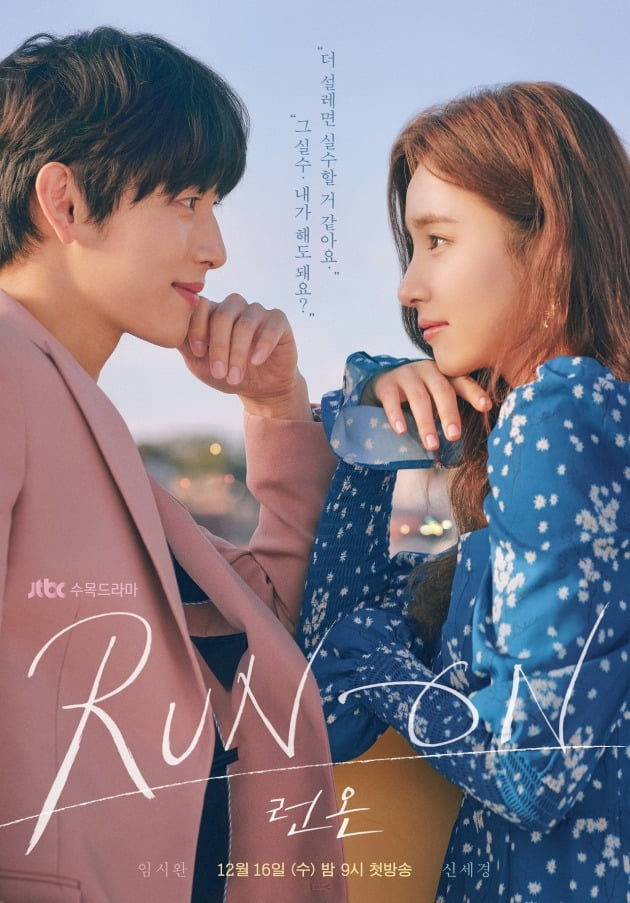 Here’s the main poster for JTBC drama series “Run On” starring Im Si-Wan & Shin Se-Kyung. Caption on the poster teases “If my heart flutters any more, I think I will make a mistake” and “That mistake, can I make it?” Meanwhile, teaser trailer #4 can be viewed at AsianWiki.