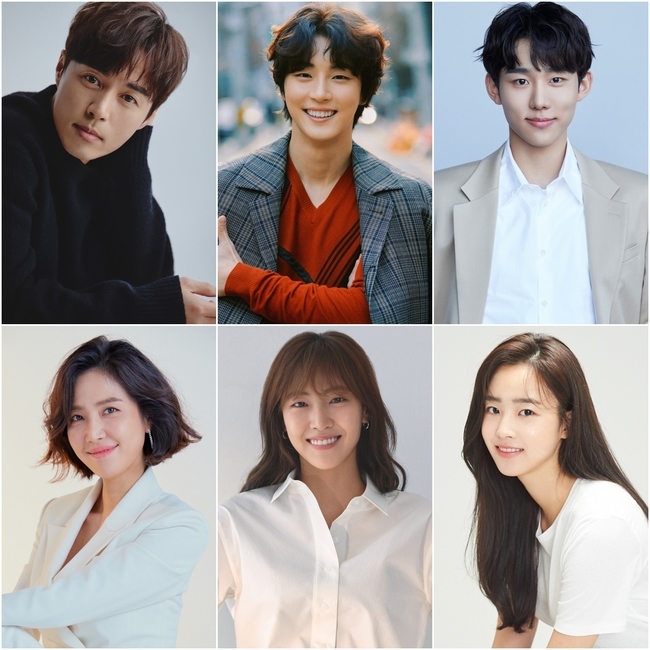 Plot Synopsis by AsianWiki: Lee Yoon-Jae (Oh Min-Suk), Lee Hyun-Jae (Yoon Si-Yoon) and Lee Soo-Jae (Seo Bum-June) are brothers and they are not interested in dating or getting married. Their grandfather Lee Kyung-Cheol (Park In-Hwan) and their parents Lee Min-Ho (Park Sang-Won) and Han Kyung-Ae (Kim Hye-Ok) are all concerned about their indifference to marriage. They decide to make an offer to the brothers. Their offer is that the first brother to marry will receive an apartment from them. Each of the brothers decide to look for a woman to marry.

The middle brother is Lee Hyun-Jae. He is an excellent lawyer and specializes in divorce cases. His work keeps him busy all the time. One day, he meets a new client Hyun Mi-Rae (Bae Da-Bin). Hyun Mi-Rae works as VIP personal shopper and she wants to file for an annulment of her marriage.

The oldest brother Lee Yoon-Jae works as a dentist. He has operated his own dental clinic for the past 5 years and he has a good reputation among his patients. One of his patients is Sim Hae-Joon (Shin Dong-Mi). She works at the same law firm as Lee Yoon-Jae’s younger brother Lee Hyun-Jae. She falls in love with the dentist.

The youngest brother is Lee Soo-Jae. He is studying for his exam to become a public officer. He also works part-time to pay his bills. While doing his part-time job, he meets Na Yoo-Na (Choi Ye-Bin). Na Yoo-Na dreams of becoming a patissier. She came to Seoul to achieve her dream and attends a bakery school.