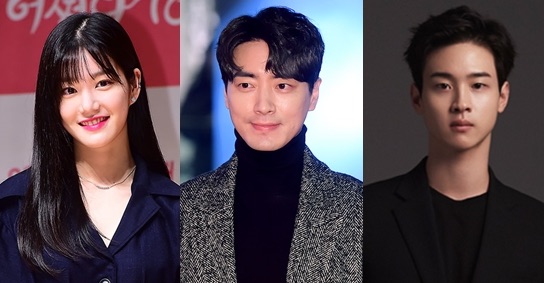 Lee Joon-Hyuk & Jang Dong-Yoon are cast in tvN drama series “A Poem A Day” co-starring Lee Yoo-Bi. For the medical themed drama series, Lee Joon-Hyuk will play Ye Je-Wook. He works as a physical therapist. He likes to speak efficiently with an expressionless face and he also keeps people at a distance due to a painful past.

Jang Dong-Yoon will play Shin Min-Ho. He and Woo Bo-Young (Lee Yoo-Bi) studied physical therapy together at the same school. Woo Bo-Young had a secret crush on him back then. Now Shin Min-Ho begins training at the same hospital where Woo Bo-Young works. Actor Gong Myung was first offered the role of Shin Min-Ho, but he declined.

In addition, Shin Jae-Ha is cast to play supporting character Kim Nam-Woo. He is a friend of Shin Min-Ho.