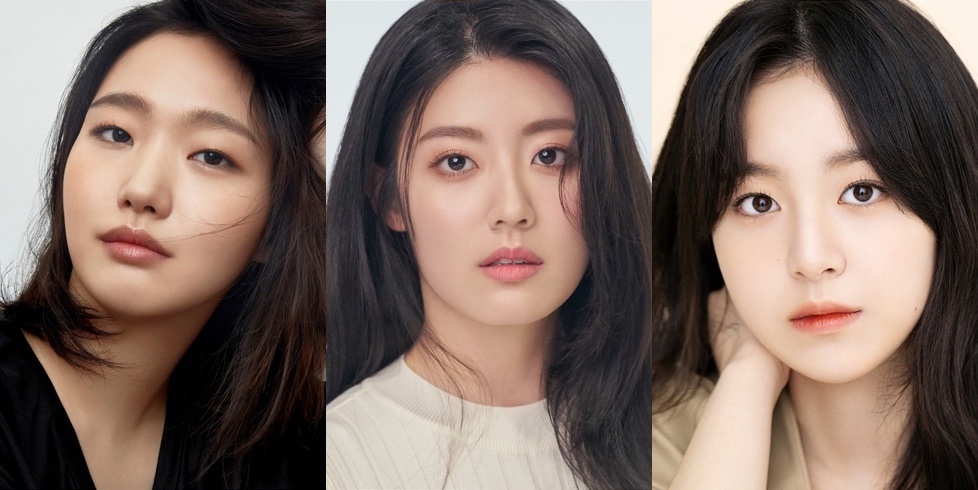 Kim Go-Eun, Nam Ji-Hyun and Park Ji-Hoo are cast in tvN drama series “Little Women” (literal title). The drama series features an original screenplay by Jung Seo-Kyoung (screenwriter for many Park Chan-Wook films) and directed Kim Hee-Won (“Vincenzo“). For “Little Women,” Kim Go-Eun, Nam Ji-Hyun and Park Ji-Hoo will play sisters who come from a poor family. They go against the most powerful family in the country due to a case.

Plot Synopsis by AsianWiki: Three sisters get involved in a case that leads them to fight against the richest and most influential family in South Korea.

Oh In-Joo (Kim Go-Eun) is the oldest sister sister. She grew up in a terribly poor environment and she is still poor. Since she was a young child, she realized that money was the most important thing to protect herself and her family. Her dream is to live an ordinary life like other people. She gets involved in a case that could change her life.

Oh In-Kyung (Nam Ji-Hyun) is the middle sister. She is an enthusiastic reporter at a news station. She believes in doing the right things. She also has always been poor, but money doesn’t rule life. She now begins to dig into a mysterious case that she first faced when she first became a reporter.

Oh In-Hye (Park Ji-Hoo) is the youngest of the three sisters. She is a student at a prestigious arts high school and she has a natural talent for painting. She often feels her two older sisters’ love for her is too much.