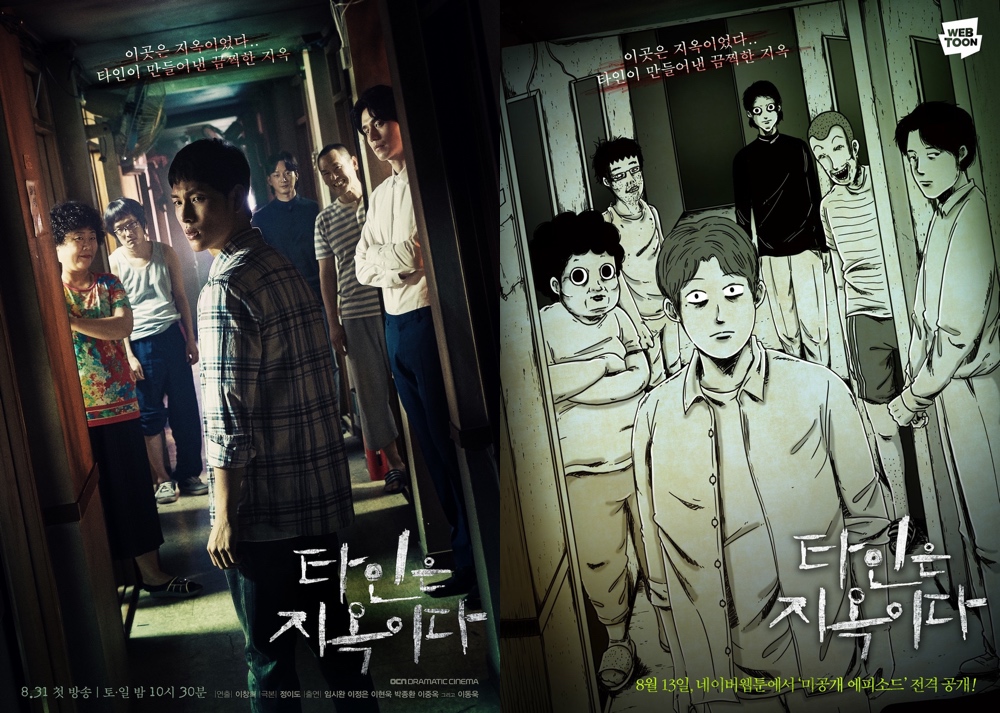 Group poster and illustrated poster added for OCN drama series “Strangers From Hell” (English title) starring Im Si-Wan and Lee Dong-Wook. The group poster features Im Si-Wan and the shady characters that reside around the cheap boarding hall where he moves to. Those shady characters are played by Lee Dong-Wook, Lee Jung-Eun, Lee Hyun-Wook, Park Jong-Hwan and Lee Joong-Ok.  The caption on the group poster states “Here is Hell. A horrific hell created by strangers.” An illustrated poster is also released which can be viewed above and below. The illustrated poster is drawn by Kim Yong-Ki, who is the author of the original webcomic “Taineun Jiokida” which “Strangers From Hell” is based on. The English title has also been confirmed to AsianWiki by tvN that it is “Strangers From Hell.”