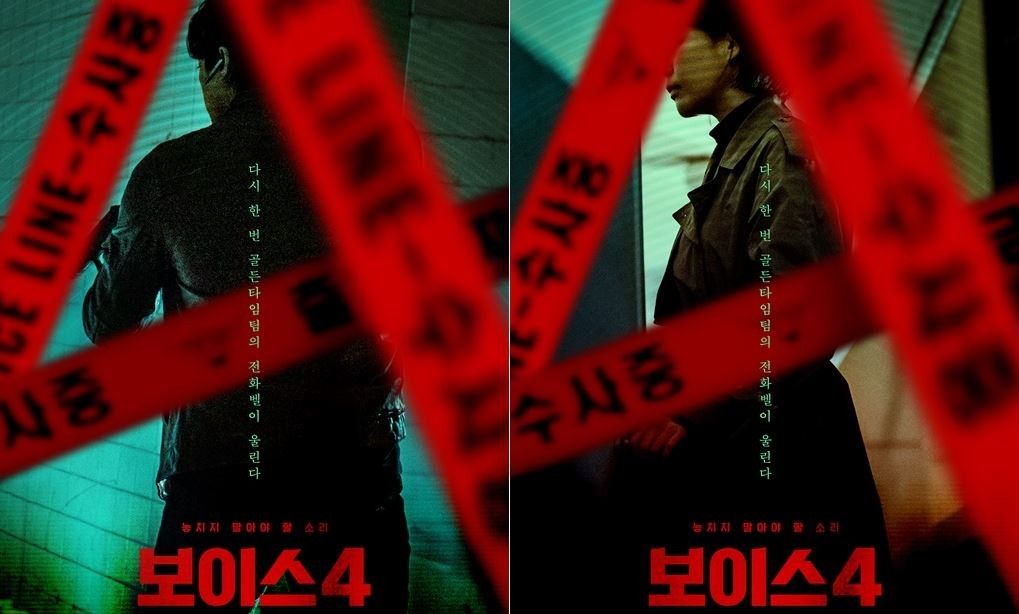 Here’s the first two teaser posters for tvN drama series “Voice 4” starring Lee Ha-Na & Song Seung-Heon. Caption on the teaser poster teases “Once again, the phones for the golden time team rings.” Meanwhile, the drama series will air on tvN, instead of its sister network OCN which aired the previous 3 seasons. “Voice 4” will also consist of 14 episodes.

Plot Synopsis by AsianWiki: A serial killer with an enhanced hearing ability appears. The serial killer murders people using his enhanced ability. Because of this, Kang Kwon-Joo (Lee Ha-Na), who also has an enhanced hearing ability, is driven into a corner. Kang Kwon-Joo cooperates with Detective Derek Jo (Song Seung-Heon) to catch the serial killer. Derek Jo is a person of principal, who doesn’t allow mistakes. He is a team leader from the LAPD (Los Angeles Police Department). His LAPD team dealt with criminal gangs.

Meanwhile Kang Kwon-Joo has suffered from PTSD since the death of Do Kang-Woo, but she still carries out her duties as the the leader of the emergency 112 call center.