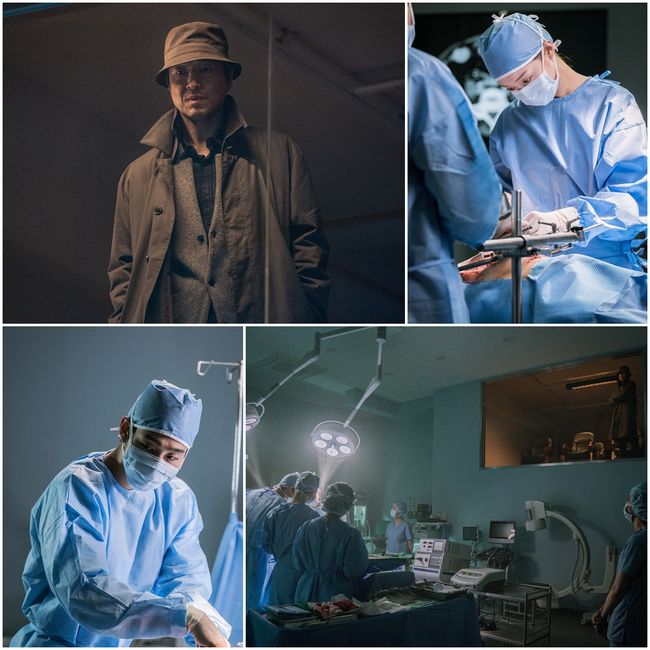 First teaser trailer added for SBS drama series “Dr. Romantic 2” starring Han Suk-Kyu, Lee Sung-Kyung, and Ahn Hyo-Seop. The teaser trailer starts with narration by Han Suk-Kyu in which he states in Korean “Regardless of who that person is. What kind of job that person has. What position that person holds. To me that person is just a patient. I think of only thing. That is to save (that patient). No matter what, I must save.”

Meanwhile, above and below are still images from that drama series. The still images are of Han Suk-Kyu, Lee Sung-Kyung and Ahn Hyo-Seop. The still images show the scene where Cha Eun-Jae (Lee Sung-Kyung) and Seo Woo-Jin (Ahn Hyo-Seop) meet Teacher Kim (Han Suk-Kyu) for the first time. Teacher Kim watches Cha Eun-Jae and Seo Woo-Jin performing an operation from an observation room. Filming for this scene took place October, 2019 in Paju, Gyeonggi Province, South Korea.