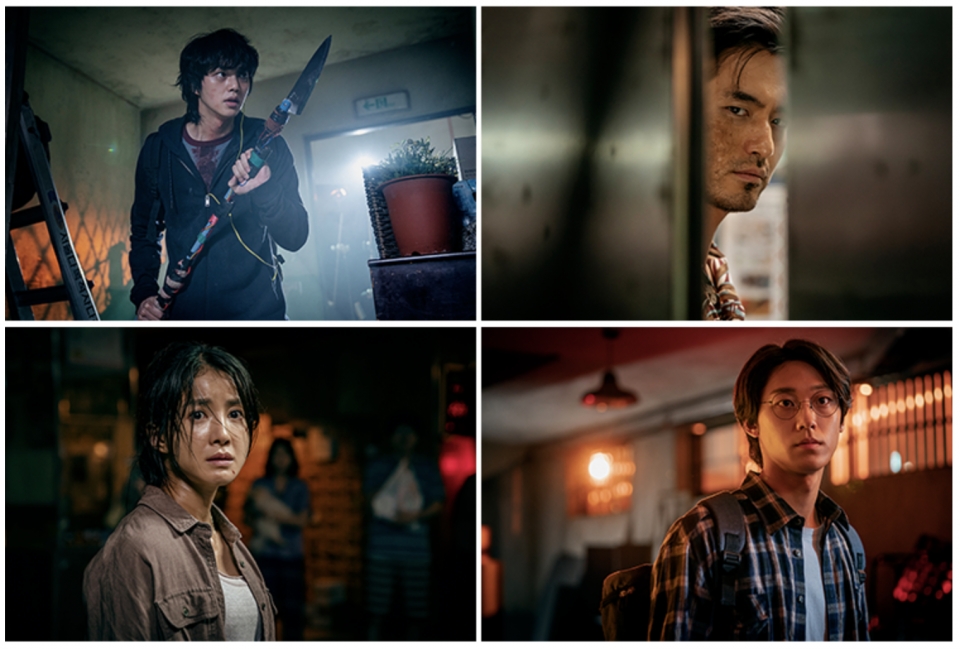 First teaser trailer added for Netflix drama series “Sweet Home” starring Song Kang, Lee Jin-Wook, Lee Si-Young, & Lee Do-Hyun. The drama series is based on webcomic “Sweet Home” by Kim Kan-Bi & Hwang Young-Chan. Meanwhile, above and below are the first still images of the four main characters from the drama series. Song Kang plays Cha Hyun-Soo. He is a recluse. His family moves to a new apartment complex. Lee Jin-Wook plays Pyeon Sang-Wook. He is a former detective, but people mistake him for a gangster. Lee Si-Young plays Seo Yi-Kyung. She is an ex-firefighter from a special unit. Lee Do-Hyun plays Lee Eun-Hyeok. He leads the residents of the apartment complex where he lives.

“Sweet Home” will be available to stream on Netflix from December 18, 2020.

Plot Synopsis by AsianWiki: Cha Hyun-Soo (Song Kang) is a high school student. He is also a recluse and rarely leaves his room. He refuses to talk to his father, mother and younger sister. One day, his whole family, except for him, dies in a car accident. Cha Hyun-Soo is left all alone. He moves into a small apartment. At this time, a mysterious phenomenon of humans turning into monster occur all around the world. The residents of Cha Hyun-Soo’s apartment building, including Pyeon Sang-Wook (Lee Jin-Wook), fight against these monsters and try to survive.